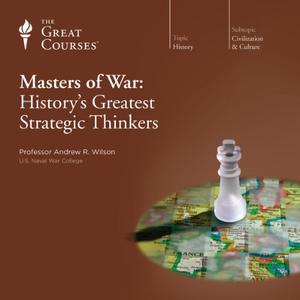 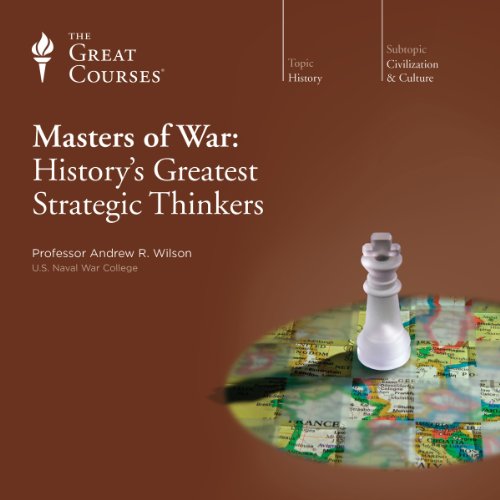 From Napoleon's revolutionary campaigns to the way insurgency, terrorism, and nuclear weaponry have defined the nature of warfare in the 21st century, the results of military strategy have changed the course of history. These 24 thought-provoking lectures give you an inside look at both the content and historical context of the world's greatest war strategists.

From the triremes and hoplites of ancient Greece to the Special Forces in 21st-century Afghanistan, strategy is the process by which political objectives are translated into military action - using the means at a nation's disposal to compel an enemy to bend to its political will.

In this concise and rigorous survey, Professor Wilson introduces: Thucydides' History of the Peloponnesian War; Sun Tzu's famous The Art of War; Machiavelli's strategy for a republic with a citizen-army; Jomini, Clausewitz, and the Napoleonic revolution in warfare; the development of naval strategy and the rise of airpower; Mao Tse-tung, David Galula, and Roger Trinquier's reflections on insurgency and counterinsurgency and their influence on the U.S. Army's Field Manual 3-24; Just-war theory, from Thucydides' Melian Dialogue to Operation Iraqi Freedom; nuclear war, terrorism, and other strategic challenges for the 21st century.

You'll come away from this course with new insight that will allow you to take an informed, active interest in political and military debates - which ultimately will determine the course of our nation.