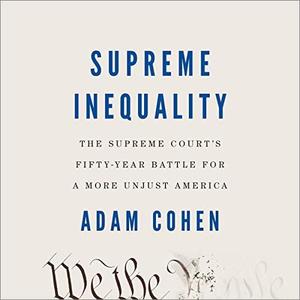 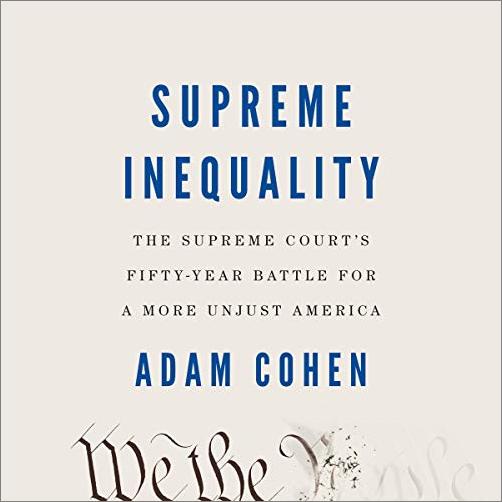 From New York Times best-selling author Adam Cohen, a revelatory examination of the conservative direction of the Supreme Court over the last 50 years since the Nixon administration

In 1969, newly elected president Richard Nixon launched an assault on the Supreme Court. He appointed four conservative justices in just three years, dismantling its previous liberal majority and setting it on a rightward course that continues to today. Before this drastic upheaval, the Court, led by Chief Justice Earl Warren, had been a powerful force for equality and inclusion, expanding the rights of the poor and racial minorities. Its rulings integrated schools across the South, established the Miranda warning for suspects in police custody, and recognized the principle of one person, one vote. But when Warren retired, Nixon used his four nominations to put a stop to that liberal agenda, and turn the Court into a force for his own views about what kind of nation America should be.

In Supreme Inequality, best-selling author Adam Cohen surveys the most significant Supreme Court rulings since the Nixon era and exposes how rarely the Court has veered away from its agenda of promoting inequality. Contrary to what Americans like to believe, the Court does little to protect the rights of the poor and disadvantaged; in fact, it has not been on their side for 50 years. Many of the greatest successes of the Warren Court, in areas such as school desegregation, voting rights, and protecting workers, have been abandoned in favor of rulings that protect corporations and privileged Americans, who tend to be white, wealthy, and powerful.

As the nation comes to grips with two new Trump-appointed justices, Cohen proves beyond doubt that the modern Court has been one of the leading forces behind the nation's soaring level of economic inequality, and that an institution revered as a source of fairness has been systematically making America less fair.

A triumph of American legal, political, and social history, Supreme Inequality holds to account the highest court in the land, and shows how much damage it has done to America's ideals of equality, democracy, and justice for all.