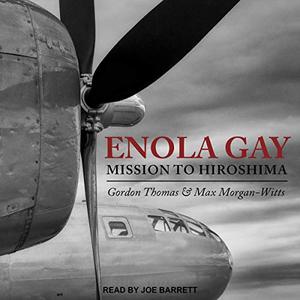 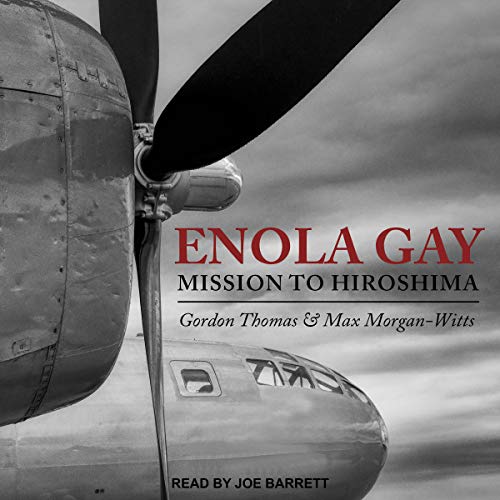 From the New York Times best-selling coauthors comes a "fascinating…unrivaled" history of the B-29 and its fateful mission to drop the atomic bomb on Hiroshima (New York Times Book Review).

Painstakingly researched, the story behind the decision to send the Enola Gay to bomb Hiroshima is told through firsthand sources. From diplomatic moves behind the scenes to Japanese actions and the US Army Air Force's call to action, no detail is left untold.

Touching on the early days of the Manhattan Project and the first inkling of an atomic bomb, investigative journalist Gordon Thomas and his writing partner Max Morgan-Witts, take WWII enthusiasts through the training of the crew of the Enola Gay and the challenges faced by pilot Paul Tibbets.

A must-listen audiobook that offers "minute-by-minute coverage of the critical periods" surrounding the mission, Enola Gay finally separates myth and reality from the planning of the flight to the moment over Hiroshima when the atomic age was born (Library Journal).