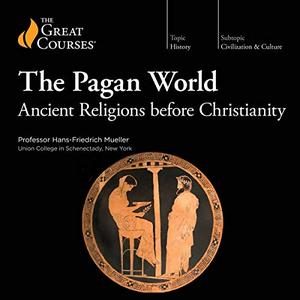 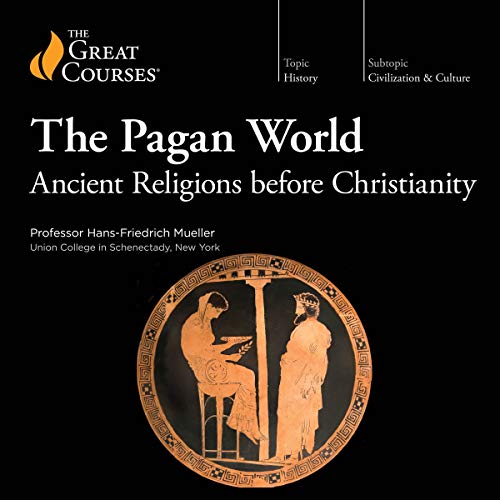 In The Pagan World: Ancient Religions Before Christianity, you will meet the fascinating, ancient polytheistic peoples of the Mediterranean and beyond, their many gods and goddesses, and their public and private worship practices, as you come to appreciate the foundational role religion played in their lives. Professor Hans-Friedrich Mueller, of Union College in Schenectady, New York, makes this ancient world come alive in 24 lectures with captivating stories of intrigue, artifacts, illustrations, and detailed descriptions from primary sources of intriguing personalities.

In the ancient Mediterranean area, religion was not separate from daily life. To the contrary, religion was daily life. The many dozen gods of this ancient world were everywhere, with spirits inhabiting every crack and crevice of life. These polytheists believed they had a strict contract with their deities: If they took care of their gods, their gods would take care of them (or at least not harm them). Consequently, they built extraordinary temples to honor their deities, brought food and wine to them, sacrificed animals for them, and held sacred meals with their gods. In fact, they followed numerous rules and regulations that circumscribed almost all aspects of life both inside and outside the home - anything and everything to keep the gods happy. Consequently, the religious practices of the ancient Mediterranean make a wonderful lens through which to develop a deeper understanding of their world.