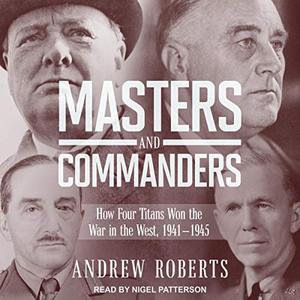 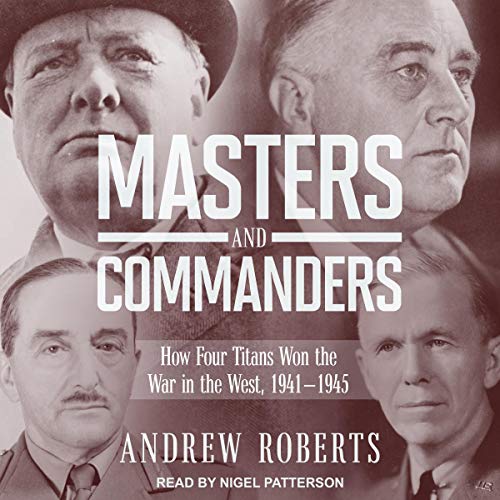 
An epic joint biography, Masters and Commanders explores the degree to which the course of the Second World War turned on the relationships and temperaments of four of the strongest personalities of the 20th century: political masters Winston Churchill and Franklin D. Roosevelt and the commanders of their armed forces, General Sir Alan Brooke and General George C. Marshall.

Each was exceptionally tough-willed and strong-minded, and each was certain that only he knew best how to win the war. Andrew Roberts, "Britain's finest contemporary military historian" (The Economist), traces the mutual suspicion and admiration, the rebuffs and the charm, the often-explosive disagreements and wary reconciliations, and he helps us to appreciate the motives and imperatives of these key leaders as they worked tirelessly in the monumental struggle to destroy Nazism.