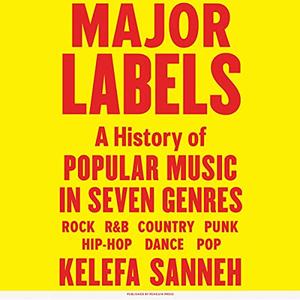 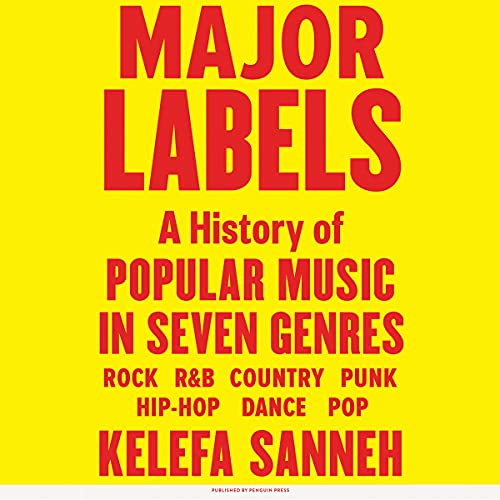 An epic achievement and a huge delight, the entire history of popular music over the past 50 years refracted through the big genres that have defined and dominated it: rock, R&B, country, punk, hip-hop, dance music, and pop.

Kelefa Sanneh, one of the essential voices of our time on music and culture, has made a deep study of how popular music unites and divides us, charting the way genres become communities, shape-shifting across the years, giving us a way to track larger forces and controversies. In Major Labels, Sanneh distills a career’s worth of knowledge about music and musicians into a brilliant and omnivorous reckoning with popular music - as an art form (actually, a bunch of art forms), as a cultural and economic force, and as a tool that we use to build our identities.

As Sanneh unspools the stories of the genres that have defined popular music, the connections build, and big themes accrue momentum: the tension between mainstream and outsider, between authenticity and phoniness, between good and bad, right and wrong. Throughout, race is a powerful touchstone: Just as there have always been Black audiences and White audiences, with more or less overlap depending on the moment, there has been Black music and White music, constantly mixing and separating. Sanneh debunks cherished myths, reappraises beloved heroes, and upends familiar ideas of musical greatness, arguing that sometimes, the best popular music isn’t transcendent. It expresses our grudges as well as our hopes, and it is motivated by greed as well as inspiration; music is a powerful tool for human connection, but also for human antagonism. The book will intoxicate music nerds, even as it serves as a heady gateway drug for occasional listeners, or even non-listeners. The opposite of a modest proposal, Major Labels takes on the whole extraordinary range of popular music over the past half century, and it pays in full.