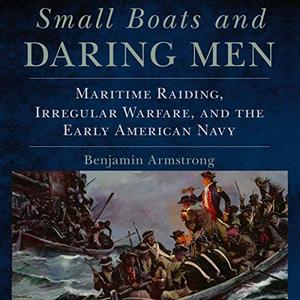 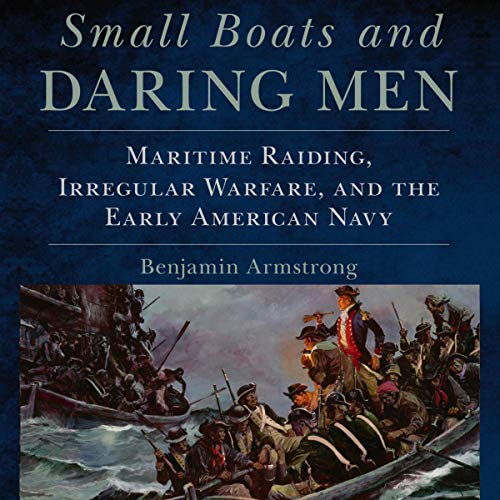 
Two centuries before the daring exploits of Navy SEALs and Marine Raiders captured the public imagination, the US Navy and Marine Corps were already engaged in similarly perilous missions: raiding pirate camps, attacking enemy ships in the dark of night, and striking enemy facilities and resources on shore. Even John Paul Jones, father of the American navy, saw such irregular operations as critical to naval warfare. With Jones’s own experience as a starting point, Benjamin Armstrong sets out to take irregular naval warfare out of the shadow of the blue-water battles that dominate naval history.

Beginning with the Continental Navy, Small Boats and Daring Men traces maritime missions through the wars of the early republic, from the coast of modern-day Libya to the rivers and inlets of the Chesapeake Bay. At the same time, Armstrong examines the era’s conflicts with nonstate enemies and threats to American peacetime interests along Pacific and Caribbean shores. Armstrong brings a uniquely informed perspective to his subject; and his work - with reference to original naval operational reports, sailors’ memoirs and diaries, and officers’ correspondence - is at once an exciting narrative of danger and combat at sea and a thoroughgoing analysis of how these events fit into concepts of American sea power.