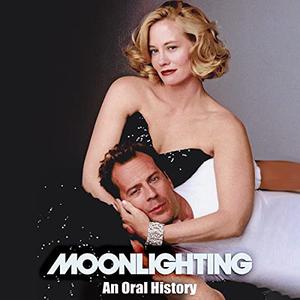 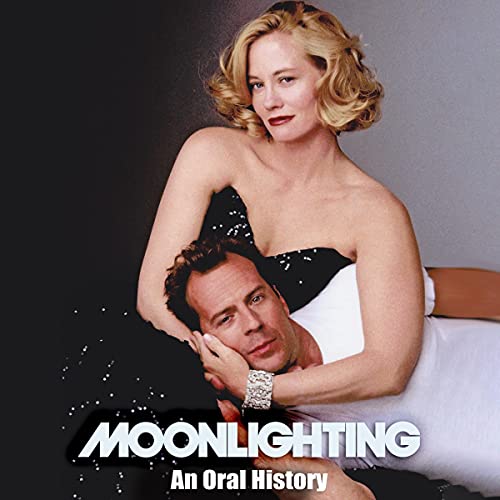 
In the spring of 1987, over 60 million viewers tuned in to watch Maddie Hayes (Cybill Shepherd) and David Addison (Bruce Willis) “get together” in one of the most famously controversial scenes in television history on Moonlighting, ABC’s groundbreaking series about an epically mismatched pair of private detectives. Two years later, the show was canceled due to low ratings. What happened? In Moonlighting: An Oral History, author Scott Ryan (The Last Days of Letterman) interviews over 20 members of the cast and creative team to get to the bottom of this perplexing mystery, uncovering hilarious, provocative, poignant, and sometimes flat-out crazy never-before-told stories about what went on behind the scenes during production of this unforgettable series.

Cybill Shepherd, Allyce Beasley, Curtis Armstrong, creator Glenn Gordon Caron, producer Jay Daniel, writers, directors, editors, and more - they’re all here, piecing together the incredible story of late scripts, backstage fights, pregnancies, and broken bones, all told for the first time. Enjoy the cases, the chases, and all the conversations in Moonlighting: An Oral History. The real story of this pioneering television series and the extraordinary behind-the-scenes challenges, battles, and rewards has never been told - until now. Author Scott Ryan (The Last Days of Letterman, Thirtysomething at Thirty: An Oral History, The Blue Rose, Scott Luck Stories) interviews over 20 people, including the actors, writers, directors, and producers who made Moonlighting such a dynamic, unforgettable show, delving deep into their thoughts and feelings as they relive this magical moment in pop culture history in this full color oral history.