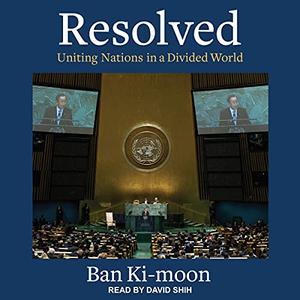 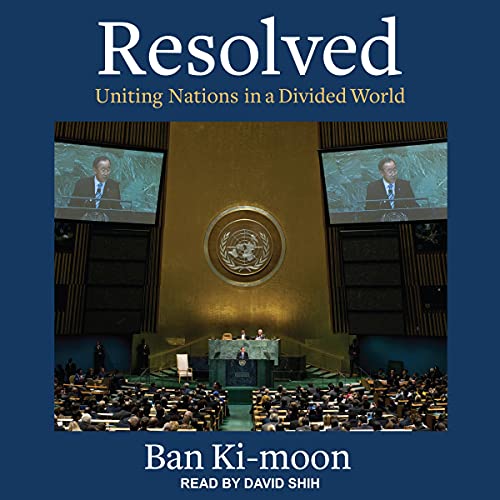 
Born just one year before the United Nations itself, Ban Ki-moon came of age with the world body. His earliest memories are haunted by the sound of bombs dropping on his Korean village and the sight of fires consuming what remained. The six-year-old boy fled with his family, trudging for miles in mud-soaked shoes, suffering from incessant hunger, and wondering how they would survive-until the United Nations rescued them. Young Ban Ki-moon grew up determined to repay this lifesaving generosity. Resolved is Ban Ki-moon's personal account of his decade at the helm of the organization during a period of historic turmoil and promise.

Meeting challenges and resistance with a belief in the UN's mission of peace, development, and human rights, he steered the United Nations through a volatile period that included the Arab Spring, nuclear pursuits in Iran and North Korea, the Ebola epidemic, and brutal new conflicts in Central Africa. Ban performed what has been called "the most impossible job on this Earth" with a genuine belief in collective action and global transformation. Freed from the diplomatic constraints of a lifetime of public service, he offers a candid assessment of the people and events that shape our era and a bracing analysis of what lies ahead.