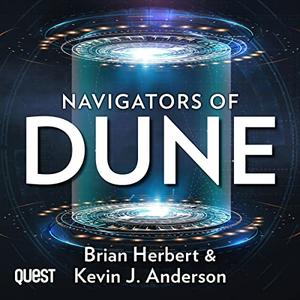 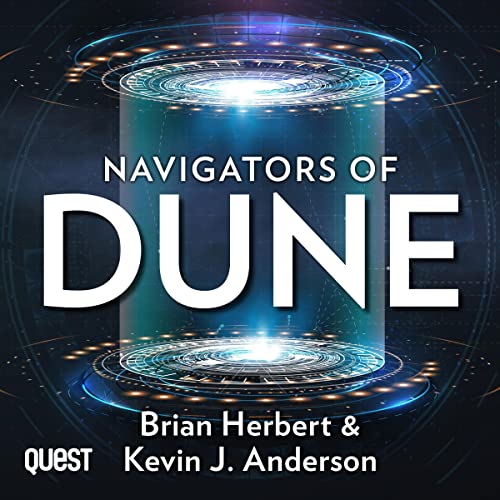 The climactic finale of the Great Schools of Dune Trilogy, set 10,000 years before Frank Herbert’s classic Dune. Navigators of Dune is a fascinating portal into vital components of the mesmerizing, intense universe of Dune.

Navigators, mutated by spice into beings far superior to normal humans, make space travel possible across the burgeoning Imperium. Their prescient awareness allows them to foresee safe paths through the universe as starship engines 'fold' space. Only industrial magnate Josef Venport knows the secret of creating Navigators, and he intends to build a commercial empire to span the galaxy. But at every turn Josef is embattled by the forces of anti-technology fanaticism, 'Butlerian' zealots led by the charismatic and dangerous Manford Torondo, who wishes to countermand humanity’s new renaissance and drive the Imperium back into a dark age. And between those titanic forces stands the uncertain new Emperor Roderick Corrino, forced to take the throne after the assassination of his brother. The Navigators are the key to charting a glorious future for humanity…or the end of civilization.