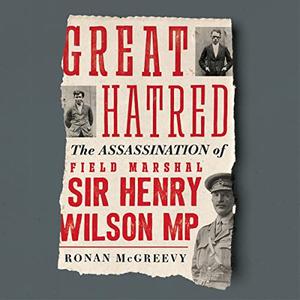 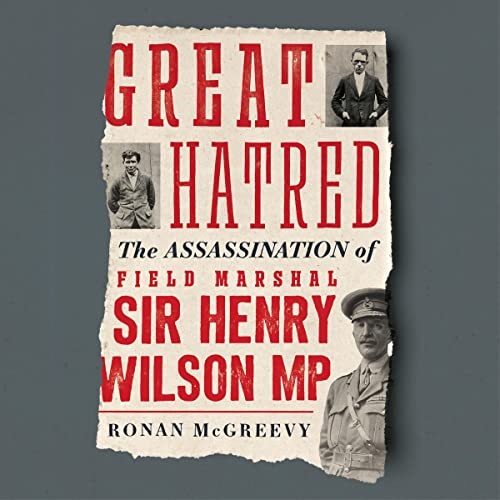 
A gripping investigation into one of Irish history's greatest mysteries, Great Hatred reveals the true story behind one of the most significant political assassinations to ever have been committed on British soil. On 22 June 1922, Sir Henry Wilson—the former head of the British army and one of those credited with winning the First World War—was shot and killed by two veterans of that war turned IRA members in what was the most significant political murder to have taken place on British soil for more than a century. His assassins were well-educated and pious men. One had lost a leg during the Battle of Passchendaele. Shocking British society to the core, the shooting caused consternation in the government and almost restarted the conflict between Britain and Ireland that had ended with the Anglo-Irish Treaty just five months earlier.

Wilson's assassination triggered the Irish Civil War, which cast the darkest of shadows over the new Irish State. Who ordered the killing? Why did two English-born Irish nationalists kill an Irish-born British imperialist? What was Wilson's role in the Northern Ireland government and the violence which matched the intensity of the Troubles 50 years later? Why would Michael Collins, who risked his life to sign a peace treaty with Great Britain, want one of its most famous soldiers dead, and how did the Wilson assassination lead to Collins' tragic death in an ambush two months later? Drawing upon newly released archival material and never-before-seen documentation, Great Hatred is a revelatory work that sheds light on a moment that changed the course of Irish and British history for ever.