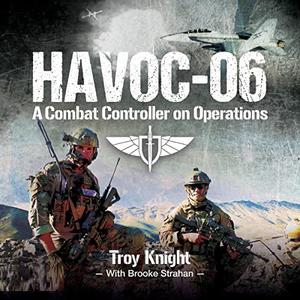 
I received a target indication from one of the rear team members and observed movement coming from the left of the area of engagement. I then saw them, two enemy fighters moving to a new position. I must have let rip about 20 rounds and not one of the rounds hit them. I had missed completely! 'You shit shot,' swearing at myself under my breath. My teeth were clenched, and I was pissed off at my own incapability with a rifle; however, I realised I had a primarily role to play and that was as the Platoon JTAC. Havoc-06 is the call sign of former Australian Combat Controller Troy Knight. As a Royal Australian Air Force Airfield Defence Guard, Troy had not found the military adventure he sought: combat operations.

His thirst for overseas deployment saw him privately contract his services in Iraq and South East Asia, but when he got whiff that the Australian Defence Force was raising a new defence capability, he couldn’t help but want to be part of it. The new defence capability, termed the ‘Special Tactics Project’, would see Troy undertaking the gruelling Commando Selection course and passing, making him one of Australia’s first Combat Controllers attached to the Australian Army 2nd Commando Regiment. As a member of the special forces unit, Troy’s lifelong dream of taking part in combat operations would come to fruition, but the reality of his dream would also play havoc on his life. Havoc-06 is the untold story of the Australian Combat Controller, but it is also Troy’s personal story and one that will resonate with so many.