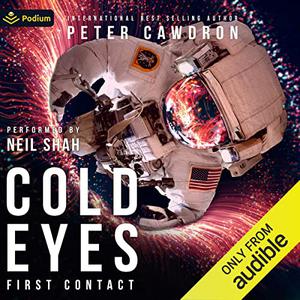 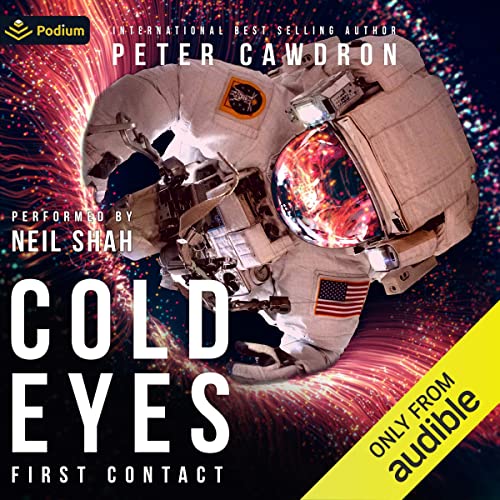 Cold Eyes is a First Contact novel, written as a tribute to the 1974 science fiction classic, The Mote in God's Eye, by Larry Niven and Jerry Pournelle.

The UN warship Magellan is twelve light-years from Earth, exploring a cold eye, a tidally-locked super-earth called Bee. At least two advanced, intelligent species evolved on the planet, but the crew's attempts at radio communication result in garbled replies. No one is waiting for them in orbit. The crew has to figure out why. Any misunderstandings could lead to war.

FIRST CONTACT is similar to BLACK MIRROR or THE TWILIGHT ZONE in that the series is based on a common theme rather than common characters. This allows these books to be read in any order. Technically, they're all first as they all deal with how we might initially respond to contact with aliens, exploring the social, political, religious, and scientific aspects of First Contact. Some of the other highly acclaimed novels in this series include Jury Duty, Anomaly, 3zekiel, Losing Mars, Xenophobia, Wherever Seeds May Fall, and Welcome to the Occupied States of America.