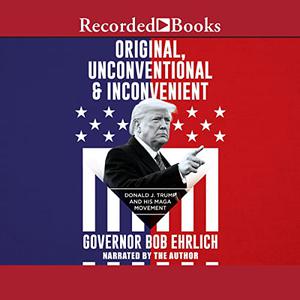 
A month-by-month analysis of President Trump, his administration, and the “MAGA” movement’s impact on America. Original, Unconventional & Inconvenient is an analysis of the Donald J. Trump administration and its impact on America’s culture, both party establishments, and a strong but bitterly divided nation. The Trump years were so full of controversy that many observers failed to digest the meaning and impact of the “Make America Great Again” movement. Original, Unconventional & Inconvenient delves into the historic wake-up call that was the Trump administration—and how its leader popularized a uniquely American brand of 21st-century populism.
Non-Fiction History Politics
Publication archive