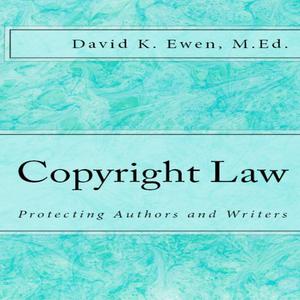 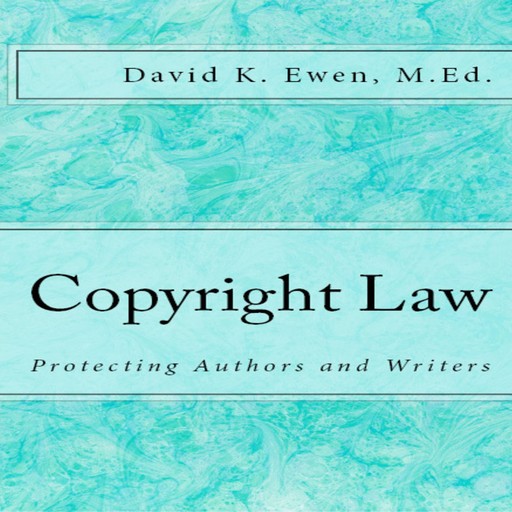 Copyright Law: Protecting Authors and Writers is based on an 11-year tour in the seven states of New York and New England that included copyright protection. The tour called the “Professor Lecture Series” included copyright law for publishing, broadcasting, filming, and content creation. A long-term veteran of book publishing, filming, and radio broadcasting, author David K. Ewen, M.Ed. has compiled the methodology that protects authors and writers from copyright infringement due to plagiarism. His experience simplifies necessary elements to put an author in possession of their manuscript prior to any possible plagiarism interference. This formally puts an author’s authenticated ownership prior to falsified plagiarism. David Ewen’s legal experience in copyright law comes from nearly a quarter century of as a professional book publishing executive and noted expert.

David K. Ewen, M.Ed. is an author, speaker, and talk show host on media topics related to digital multimedia technology, entrepreneurial studies, marketing, publicity, and business adventurism. He is the former Executive Director of the New England Publishers Association which was sold and re-founded as the Independent Publishers of New England. David toured the seven states of New England with his "Professor Lecture Series" for 11 years from 2004 to 2015.

Since 1998, David has been a radio talk show host, TV producer, filmmaker, and publicity event manager. This branch out to other media formats has made him a subject matter expert on digital multimedia technology.

The audiobook is part of the online Professor Lecture Series written and narrated by David K. Ewen, M.Ed. This content is an expanded version of what was presented during David’s tour in the seven states of New York and New England from 2004 to 2015.