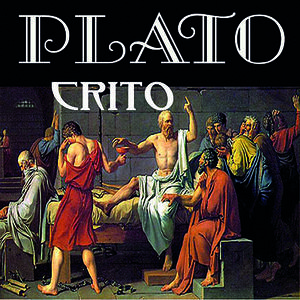 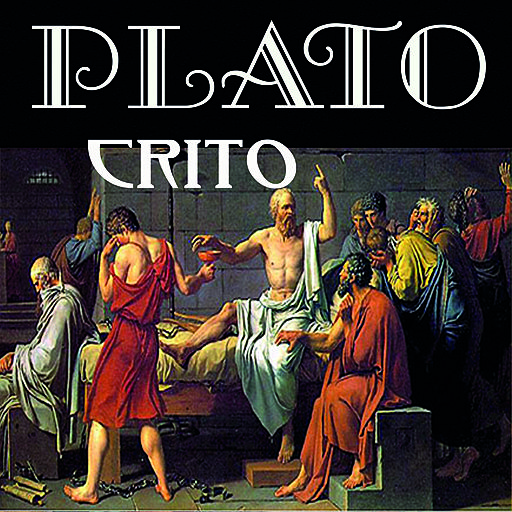 Crito (Ancient Greek: Κρίτων [krítɔːn]) is a dialogue by the ancient Greek philosopher Plato. It depicts a conversation between Socrates and his wealthy friend Crito regarding justice (δικαιοσύνη), injustice (ἀδικία), and the appropriate response to injustice. Socrates thinks that injustice may not be answered with injustice, and refuses Crito's offer to finance his escape from prison. The dialogue contains an ancient statement of the social contract theory of government.
In contemporary discussions, debate over the meaning of Crito attempt to determine whether it is a plea for unconditional obedience to the laws of a society.
The conversation, which may be based on a true historical event, was published in 399 BC. Since his trial in Apology, Socrates has been imprisoned for four weeks, with his execution coming in a matter of days. Historians are not aware of the exact location of Socrates' cell, but according to excavations, it is about 100 meters southwest of the Heliaia court, just outside the site of the agora.
Other than Socrates, Crito is the only other character in the story. Crito himself is a rich Athenian, who like Socrates is from Demos Alopeke. Once charged with corrupting the youth and atheism, Crito unsuccessfully vouched to pay Socrates' bail. Additionally, after Socrates was sentenced to death, Crito was ready to pledge to the court that Socrates would not flee in order to spare him the prison sentence. This plea was ultimately rejected. Through both the trial and the execution, Crito was present.
In other dialogues, Crito is a conventional Athenian, who cannot understand Socrates' philosophy, despite his attempts to do so.
The dialogues of Plato - Early, Transitional and middle, Later middle, Phaedo, Later middle, Late, Of doubtful authenticity.