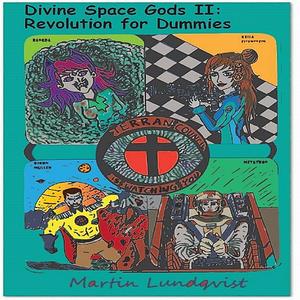 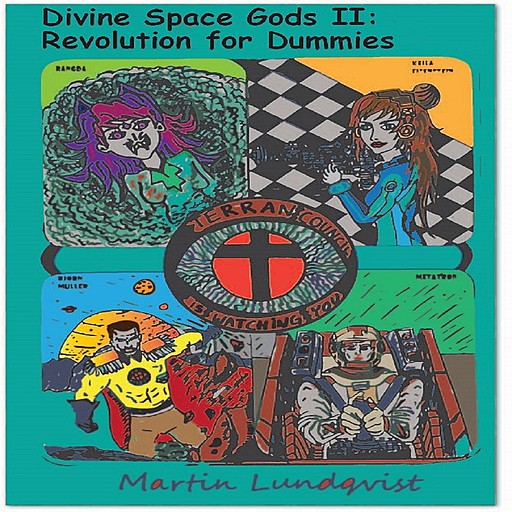 Keila is the perfect revolutionary:
Lacking things like intelligence, sanity or common sense,
She has something far more important: plot armour and the telepathic help of Rangda, the evil space demon!
Divine Space Gods II : Revolution for Dummies is dark comedy parody on The Divine Sedition by the same author.
It’s the year 2872 and the young, beautiful, and insane Keila Eisenstein is on the run from her long-time stalker, Bjorn Muller. Escaping him for the umpteenth time, Keila crashes down on the asteroid colony Eden, most famous for the long running reality show “The Bronze Age Fools”
Convinced that Eden is her destiny, Keila kills “The Bronze Age Fools” unwitting main star Abraham Goldstein, which forces the show to cancel. Keila then fakes her own death by deleting her social media account and instructs her lover Metatron to release a press release blaming the cancellation of "the Bronze Age Fools" on Bjorn Muller.
Bjorn, who is convinced that Keila is dead, as he can’t imaging her willingly deleting her SpaceBook account, goes back to Earth for a holiday. The holiday is ruined as Bjorn is blamed for causing the cancellation of everyone’s favourite show!
Being “dead”, Keila builds up a revolutionary movement against the ruling Terran Council. Despite her lack of intelligence or common sense, her plot armour is leading her on the way, and with the help from the evil space demon Rangda, she is poised to free humanity from the oppression of the incompetent array of villains that make up the Terran Council.
But, is relying on an evil space demon to free humanity from a group of plutocratic oppressors really a good idea?