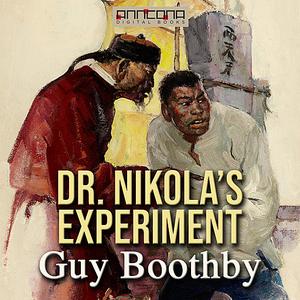 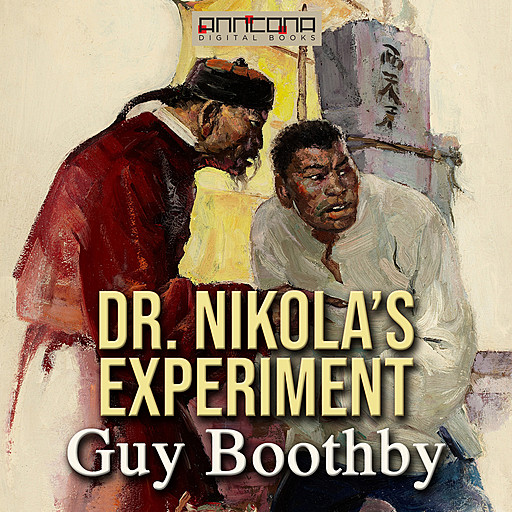 Dr. Nikola’s Experiment is the fourth of Guy Boothby’s novels about the mysterious Dr Nikola, an occultist anti-hero seeking immortality and world domination.Guy Boothby's fourth novel of five about the mysterious anti-hero Dr Nikola sees him progress further on his search for immortality. He has studied science and magic secrets of Tibetan monks. Here we find him deep in the wilds of Northumbria conducting an experiment of longevity and restoration of youth with another somewhat naive assistant.He is pursued by his Chinese enemies who will stop at nothing to achieve his demise. In this novel he displays a slight hint of emotion regarding his assistant's love affair with a beautiful Spaniard.The wealthy Nikola has purchased a remote castle in the north of England, where the isolated location will allow him, his new assistant and his deaf-mute malformed Chinese servant to conduct his experiment on a human subject.Once again you are left wondering whether you like him or detest him, his relentless pursuit of arcane knowledge at all cost continues.Dr. Nikola’s Experiment was first published in 1899. AUDIO: Reading by Peter John Keeble, running time: 5 hours, 14 min. Unabridged full version. E-book: ePUB, 58.000 words, reading time approximately 5 hours.Guy Newell Boothby (1867–1905) was a prolific Australian novelist and writer, noted for sensational fiction in variety magazines around the end of the nineteenth century. He lived mainly in England. He is best known for such works as the Dr Nikola series, about an occultist criminal mastermind who is a Victorian forerunner to Fu Manchu, and Pharos, the Egyptian, a tale of Gothic Egypt, mummies' curses and supernatural revenge.