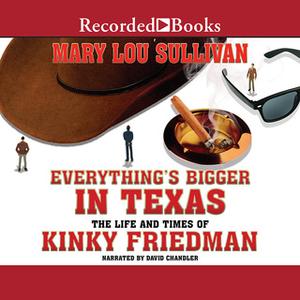 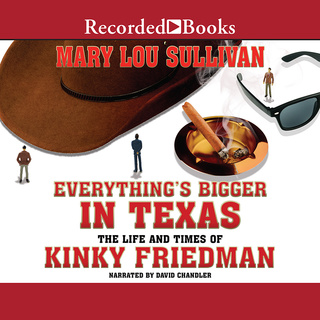 Kinky Friedman has always maintained his Kinkster persona and hidden Richard Friedman from the public eye. Using one-liners, humor, and occasional rudeness, he follows the advice of his friend Bob Dylan to keep an aura of mystery. Author Mary Lou Sullivan spent many contentious days and nights at Kinky's Texas Hill Country ranch before he trusted her enough to open up and speak candidly. Best known as an irreverent cigar-chomping Jewish country-and-western singer, turned author, turned politician, Kinky has dined on monkey brains in the jungles of Borneo, supped with presidents, and vacationed with Bob Dylan in the tiny fishing village of Yelapa, Mexico. A satirist who loves pushing the envelope, he's been attacked onstage, received bomb threats, and put on the only show in Austin City Limits' history deemed too offensive to air. From the 1970s music scene in L.A. with Tom Waits and the Band, to political platforms advocating legalized marijuana, to friendships with John Belushi, Joseph Heller, Don Imus, Willie Nelson, Dwight Yoakam, and Billy Bob Thornton, this is the candid account based on dozens and years of interviews of the larger-than-life Texan who is still writing books and songs, recording albums, and performing for enthusiastic audiences throughout the world.