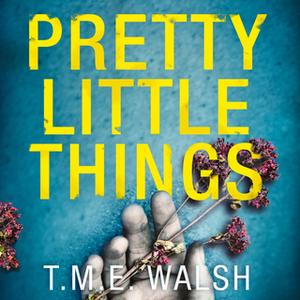 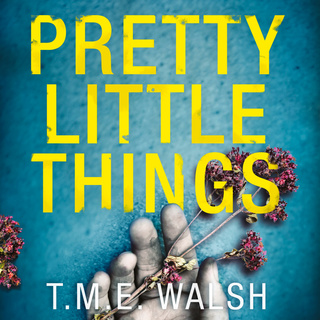 It’s bad when the girls go missing.It’s worse when the girls are found.
Six months ago, Charlotte almost lost everything. Now, she’s determined to keep her daughter, Elle, safe. So when local girls close to Elle in age and appearance begin to go missing, it’s her worst nightmare.

Charlotte’s fears are confirmed when a frantic search becomes a shocking murder investigation. The girls’ bodies have been found – half-buried, and with traces of mud and wildflowers under their fingernails.

As Charlotte’s obsession with keeping her daughter close pushes her marriage to the brink, local DI Madeleine Wood embarks on a gruelling search for the killer. And, as they dig deeper into the lives of the people they call friends and neighbours, they uncover secrets more terrible than they ever imagined…

Pretty Little Things is the nail-bitingly terrifying new serial killer thriller from TME Walsh – the perfect read for fans of Close to Home, Behind Her Eyes and The Child

‘I couldn't wait to turn the next page – brilliant and what an amazing twist!’ – Donna Maguire on For All Our Sins

‘Cleverly written with lots of blood and gore and a maniacal murderer to satisfy any hardened serial killer crime thriller reader.’ – Nolene Driscoll (Goodreads) on For All Our Sins

‘I love a good gruesome crime novel and this did not disappoint.’ – Angela Oatham (Goodreads) on For All Our Sins

‘As the book races toward its conclusion, there is a shocking plot twist that readers will not see coming.’ – Sharon (Goodreads) on For All Our Sins

‘Held me captivated from page 1. Gripping, fast – I just couldn't put it down.’
– Martha Brindley, Independent reviewer on The Principle of Evil

‘I have been totally and utterly mesmerised by this book. Gripped from the very start.’
– Michelle Simons, Independent reviewer on The Principle of Evil