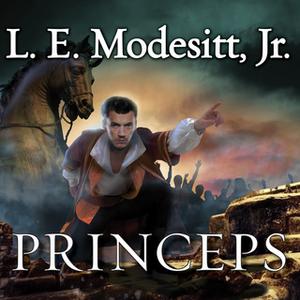 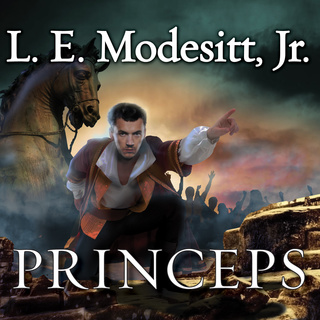 The thrilling follow-up to Scholar-in
which, after discovering a coup attempt and preventing a bloody civil
war, Quaeryt was appointed princeps of Tilbor-begins a new episode
in the young Imager's life. Now second only to the governor, and still
hiding his powers as an Imager, Quaeryt is enjoying his new position, as
well as his marriage to Lord Bhayar's youngest sister, Vaelora, when a
volcanic eruption devastates the old capital of Telaryn. He
and his wife are dispatched to Extela, Telaryn's capitol city, to
replace the governor killed in the eruption. Quaeryt and Vaelora must
restore order to a city filled with chaos and corruption, and do so
quickly. The regiment under his command must soon depart to bolster
Telaryn's border defenses against a neighboring ruler who sees the
volcanic devastation as an opportunity for invasion and conquest.