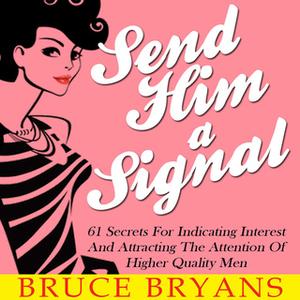 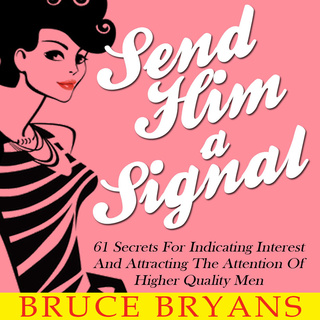 Sadly, most guys have no idea that an interested woman may act in any of these ways unless they’ve had considerable experience with the opposite sex. So although different women act very differently when they’re interested in a man, in general, men tend to read signs of romantic interest in a very uniform way.

Because of this, a woman can place the odds of meeting Mr. Right more in her favor by adopting a seduction strategy that speaks directly to the masculine subconscious. The dating advice for women presented in this short book is designed specifically for single women who want to meet more quality guys in social environments, indicate their interest in a ladylike way, and entice their handsome observers to pursue them.

In this audiobook, you're going to learn:
• How to meet men in competitive social environments by becoming “low-risk-high-reward” to quality guys.
• How to increase your chances of encountering interested men by removing two of the BIGGEST anti-man barriers that most women carry around with them.
• How to get guys to take special notice of you without looking desperate or needy.
• How to flirt with men in a way that makes them see you as a potential mate rather than a piece of meat.
• Where to meet men who are more interested in committed relationships than one-night-stands.
• How to use unapologetically feminine body language to coax a handsome observer into approaching you.
• And much, much more…

Get started now, and discover how to meet and attract quality men by becoming more approachable to them.