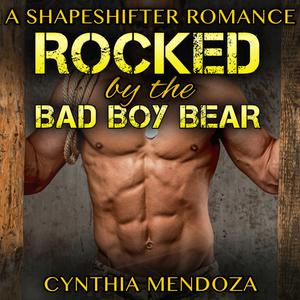 An Alpha Bear Shifter With A Tendency For Danger. Can You Handle The HEAT?WARNING: 18+ Audiences ONLY for several sizzlin' hot explicit romance scenes!For years, Alan has been hiding away in a tiny logging town, running away from the demons of his past. He’s a shapeshifter, a man who at the full moon becomes a bear, an unwanted lineage passed down to him, and one that he can’t ever escape…or the harm it’s done to those he loved most. As a result, he’s sworn never to get close to anyone again. It’s too dangerous…he’s too dangerous. Anna is fighting her own demons—a too-rough boyfriend that she followed to the town. Alan sticks up for her one night at the bar, and he can’t ignore the fact that he’s desperately attracted to her…a situation made worse when she shows up one night homeless and in need of help. He can’t turn her down, but with the full moon approaching, giving in to their desires could do more harm than good. And Alan must contend not only with desiring Anna, but the knowledge that she could mean more to him than just the casual fling he’d been wanting. Are you ready to try something a little more "alpha" than you're used to? Don't worry, I won't tell a soul. ;-) Purchase your copy today!