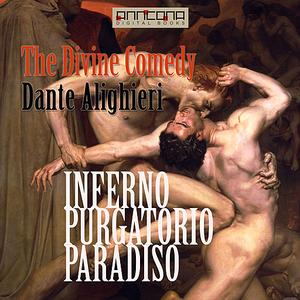 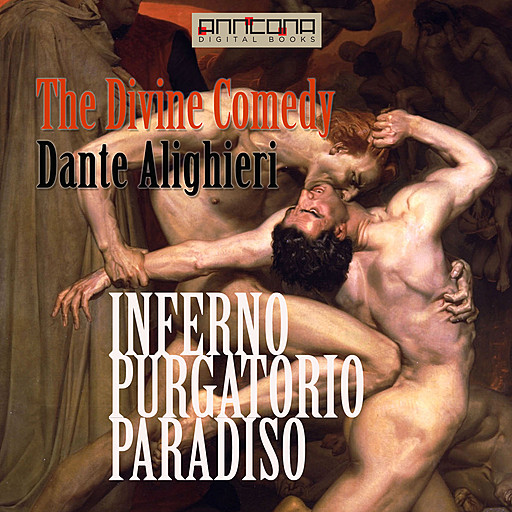 The Divine Comedy - an epic poem written by Dante Alighieri.The Divine Comedy is written in the first person and tells of Dante's journey through the three realms of the dead, lasting from the night before Good Friday to the Wednesday after Easter in the spring of 1300.The Roman poet Virgil guides him through Hell and Purgatory, and Beatrice, Dante's ideal woman, guides him through Heaven. On the surface, the poem describes Dante's travels through Inferno (Hell), Purgatorio (Purgatory), and Paradiso (Paradise/Heaven), but at a deeper level, it represents allegorically the soul's journey towards God.This translation by Charles Eliot Norton from 1891 is written in prose, a form of grammatical structure and natural flow of speech rather than the original blank verse. The translation includes more than 1,300 footnotes and explanations.Audio book read by Tony Addison, running time 16 hours, 21 min. Unabridged full version. Also available as E-Book: ePUB, 150,000 words, average reading time should be around 12 hours, 30 min, but is likely longer due to the content text.The Divine Comedy is available in one full volume including all three parts, or as separate E-Books or audio books; INFERNO (5 hours, 16 min), PURGATORIO (5 hours, 25 min), and PARADISO (5 hours, 38 min.Dante Alighieri (c. 1265–1321), was a major Italian poet of the Middle Ages. His Divine Comedy, is widely considered the greatest literary work composed in the Italian language and a masterpiece of world literature.