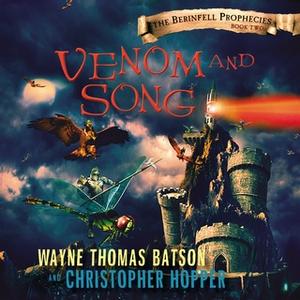 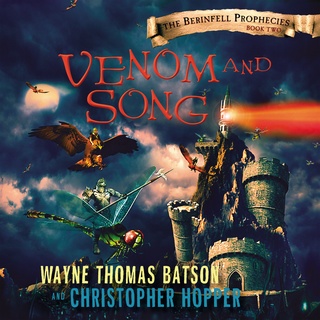 Now in the strange realm of Allyra, the Seven young lords confront a traitor in their midst, a creature-infested forest, teenage fears and doubts, inexplicable mysteries… and the Spider King himself.

In a rigorous training program that makes boot camp look like Disneyland, the Seven must quickly learn to harness their own powers, work as one, and elude the Spider King's spies. But as the ancient Berinfell Prophecies are revealed, the Seven soon discover their training might not be enough. To stop the Spider King they must also unravel the secrets of the Rainsong, travel to a creepy, trap-infested fortress to find the legendary keystone, and lead the Berinfell Elves in an attack on the Spider King's own turf. An epic adventure with powerful messages about true strength, forgiveness, and working together as one body that will grab the attention of intermediate readers.