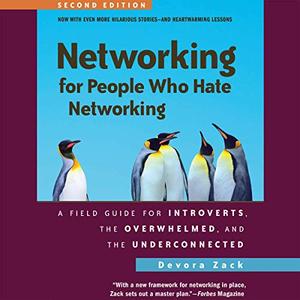 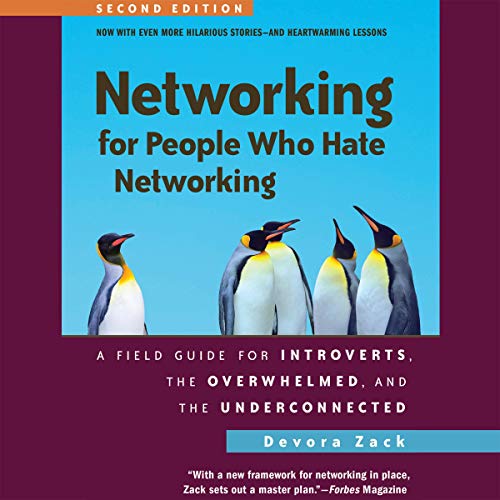 A new edition of Devora Zack’s classic bestseller (over 120,000 sold in 15 languages) on networking techniques that leverage the strengths of the mingling-averse, updated throughout, with two new chapters.

Would you rather get a root canal than face a group of strangers? Does the phrase “working a room” make you want to retreat to yours? Devora Zack, an avowed introvert and successful consultant who gives presentations to thousands of people at dozens of events annually, feels your pain. She found that other networking books assume that to succeed, you have to act like an extrovert. Not at all. There is another way.

Zack politely examines and then smashes to tiny fragments the “dusty old rules” of standard networking advice. She shows how the very traits that make many people hate networking can be harnessed to forge an approach more effective and user-friendly than traditional techniques. This edition adds new material on applying networking principles in personal situations, handling interview questions, following up - what do you do with all those business cards? - and more.

Networking enables you to accomplish the goals that are most important to you. But you can’t adopt a style that goes against who you are - and you don’t have to. As Zack writes, “You do not succeed by denying your natural temperament; you succeed by working with your strengths”.