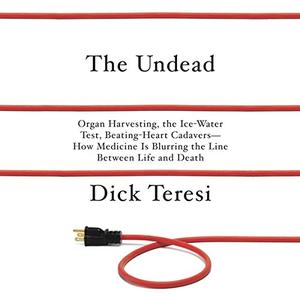 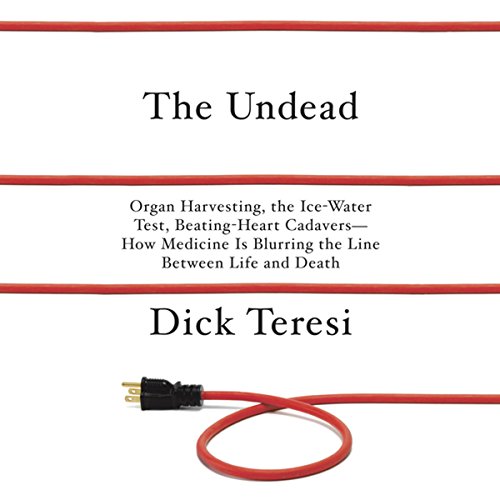 
Important and provocative, The Undead examines why even with the tools of advanced technology, what we think of as life and death, consciousness and nonconsciousness, is not exactly clear - and how this problem has been further complicated by the business of organ harvesting.

Dick Teresi, a science writer with a dark sense of humor, manages to make this story entertaining, informative, and accessible as he shows how death determination has become more complicated than ever. Teresi introduces us to brain-death experts, hospice workers, undertakers, coma specialists and those who have recovered from coma, organ transplant surgeons and organ procurers, anesthesiologists who study pain in legally dead patients, doctors who have saved living patients from organ harvests, nurses who care for beating-heart cadavers, ICU doctors who feel subtly pressured to declare patients dead rather than save them, and many others. Much of what they have to say is shocking.

Teresi also provides a brief history of how death has been determined from the times of the ancient Egyptians and the Incas through the 21st century. And he draws on the writings and theories of celebrated scientists, doctors, and researchers—Jacques-Bnigne Winslow, Sherwin Nuland, Harvey Cushing, and Lynn Margulis, among others—to reveal how theories about dying and death have changed. With The Undead, Teresi makes us think twice about how the medical community decides when someone is dead.