The United States is a nightmareland of toxic waste, melted ice caps, and desperate shortages of oat bran. Horrible mutations roam the countryside… monsters spawned of radiation, environmental toxins, and unregulated bio-engineering. But in a tiny corner of New Jersey, a small group of Superheroes has banded together. Their mission: to nurture the rebirth of a new society, to ease the suffering of the dark age, and to provide a place where Superheroes can always find a date on Saturday night.

Lead a hilarious band of superheroes on a dangerous quest to defeat the evil Doctor Entropy. Select from League members including Tropical Oil Man (can raise opponent's cholesterol level), Zaniac (the power to confuse) and Captain Excitement (puts animals to sleep).

Battle ferocious Aerobots, flame-throwing robotic exercise teachers (when they say, "Feel the burn", they mean it). Fight the dreaded Albino Rhino and 30 other wacky mutant including Cy Young Cyborgs, Screaming Meemies, Cruise Mistletoes, Junk Bond Amoebas and the awesome King Kong Salmon, who return to the top of the empire State Building to spawn!

Six levels of adventure! From Three Mile Island to Atlantic City, society is struggling to climb back up the ladder of civilization, while Doctor Entropy is busy sawing off the rungs! A ground-breaking mix of adventure gaming and role-playing!

Design by award-winning game-god Steve Meretzky
Battle with Lawyers, Supermoms, Cy Young Cyborgs and Steroid Men. Over 31 more flavors of enemies to lick!
Wield Ginsu Knives, nuclear-tipped Brass Knuckles, cyanide-laced Silly String, and more than 50 other implements of destruction (including the terrifying Slinky of Death)!
Criss-cross the US eastern seaboard from Buffalo to Atlantic City, Three Mile island to Manhattan 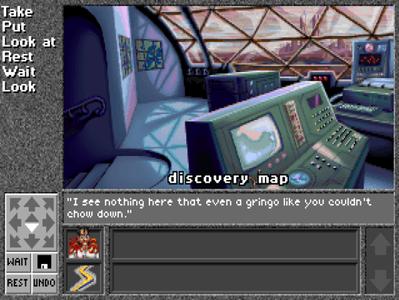 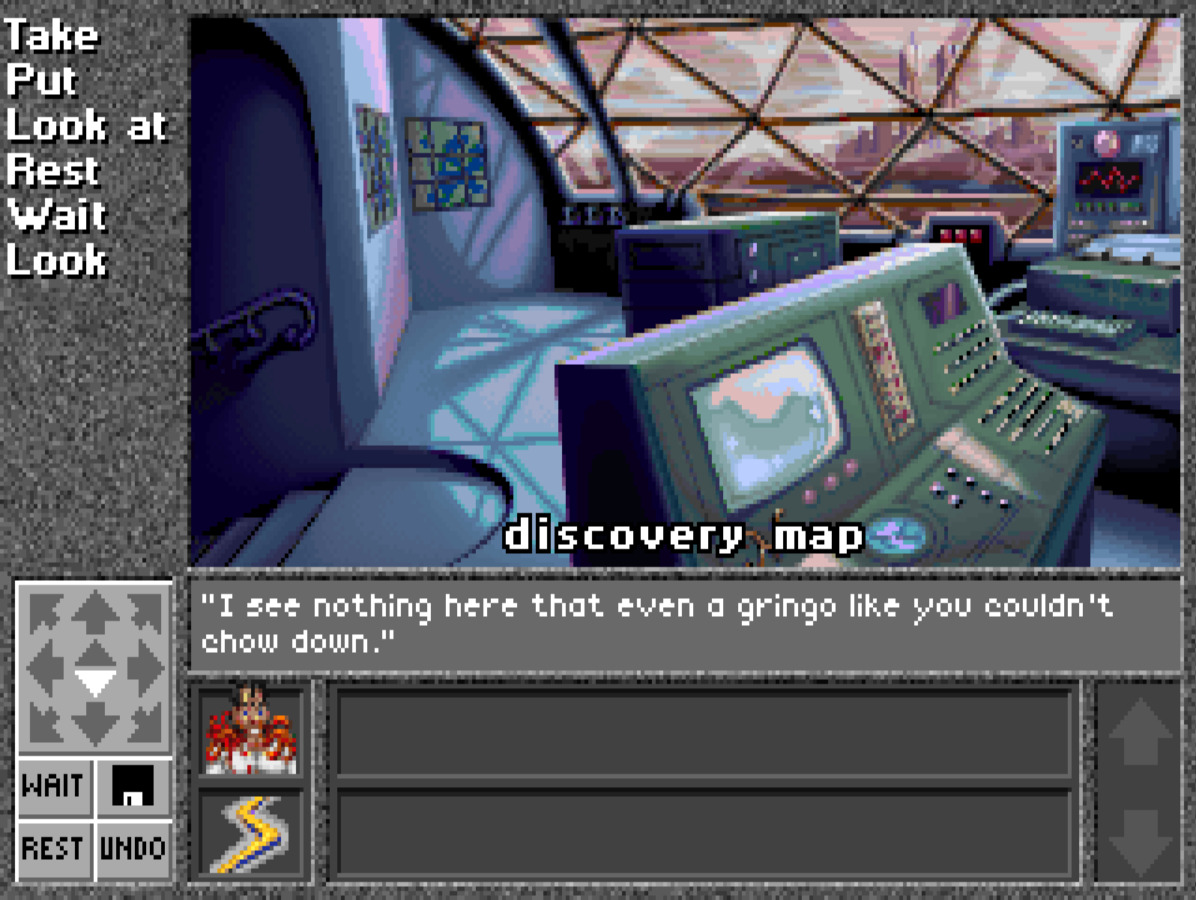 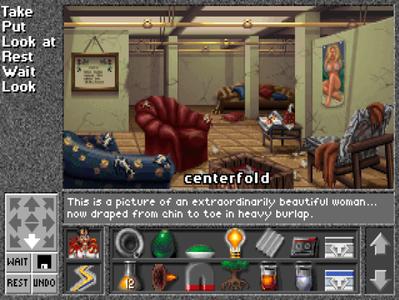 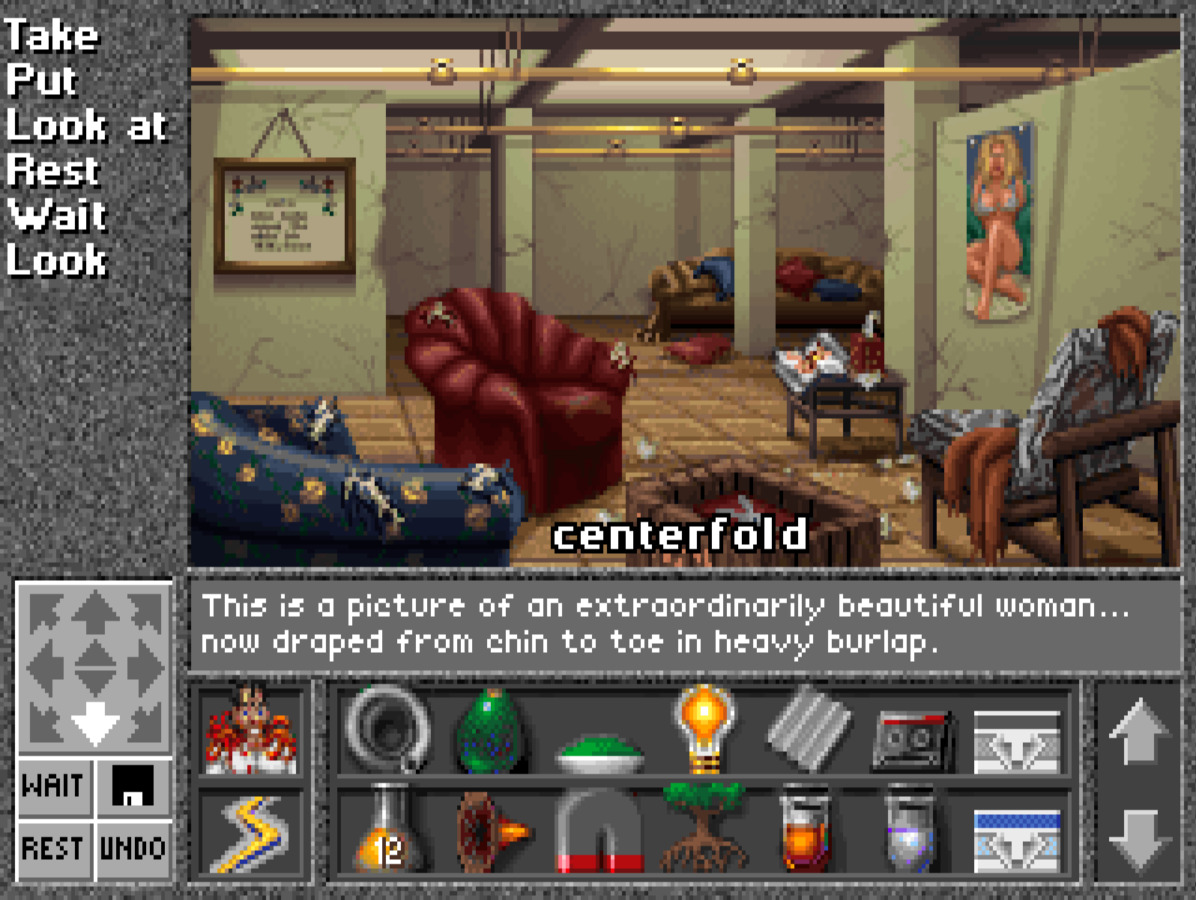 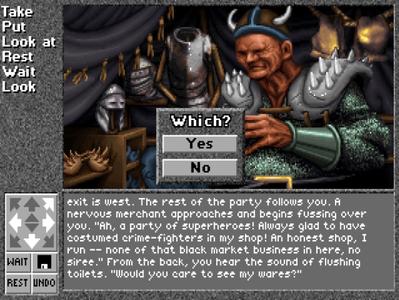 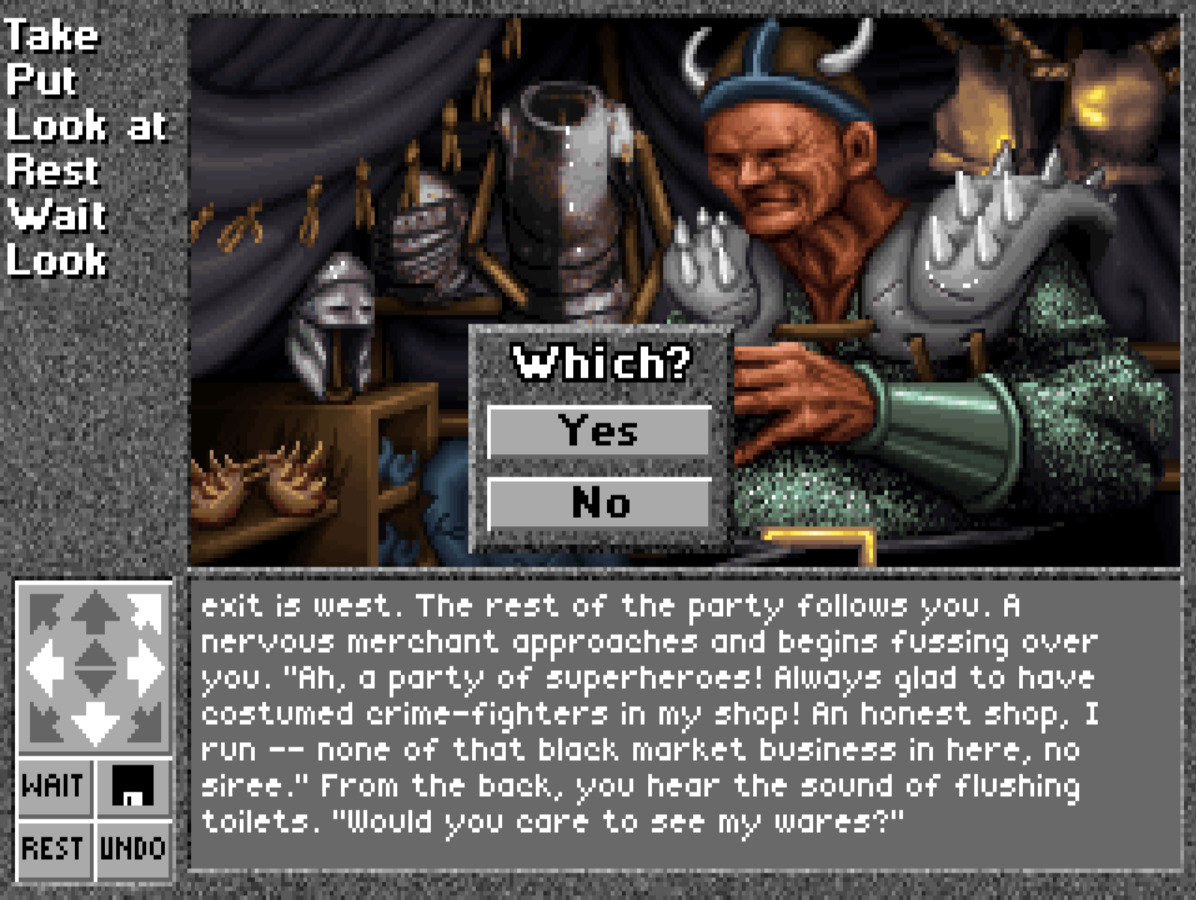