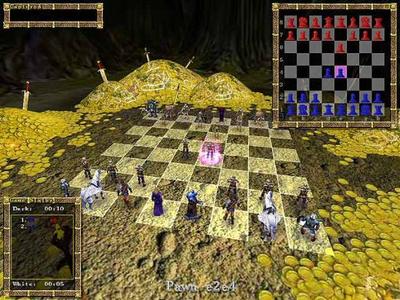 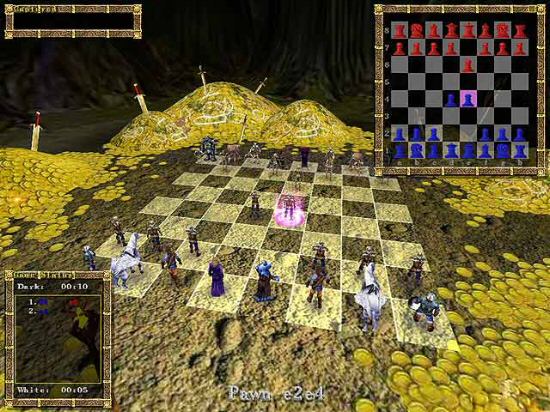 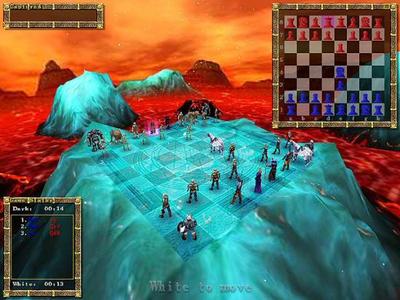 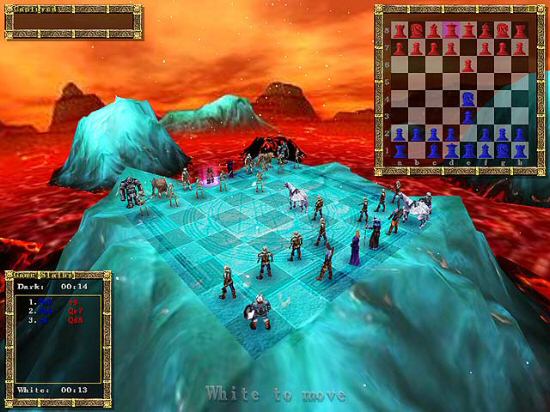 Lead your army to victory in this beautifully rendered 3D fantasy chess battle! Enter a world where brave knights, kings and queens must fight races of dwarves, elves and other creatures in their quest to regain their kingdom.

You choose the battlefield - from ancient temple ruins, to dark forests, to cemeteries. Watch as your pieces fight and duke it out to take over the necessary position to take out the king.

War Chess combines fantasy and chess and brings both elements into one to bring you this great "battle" chess game. The war is on!