Face of the Franchise: QB1 – Be the Face of an NFL franchise where the decisions you make matter in your journey to become an NFL Superstar. Create your own College Quarterback to play through the College Football National Championship playoffs and the NFL Combine for your shot at the NFL Draft and to be the face of a franchise in a new and personalized career campaign centered around you.

Once selected to a team, engage with Madden’s new Scenario Engine which generates personalized playable scenarios, events, and dynamic challenges that build the story of your unique NFL career.

Ultimate Team – Compete in the ultimate NFL fantasy team-building featuring your favorite NFL players from the past and present. Play games, collect rewards, and upgrade your team with daily, fun and engaging challenges with live NFL content all year-long

Exhibition – Compete in head-to-head online and offline games (single and multi-player) or single player offline against the CPU. Customize your game settings including time of quarters, rules, stadiums, and uniforms.

GAMEPLAY:
- Superstar X-Factor – Feel the emotion, personality, and power of NFL Superstars with Superstar X-Factor, an all-new abilities progression system that reveals special abilities for today’s most exciting NFL Superstars when certain objectives are met in games. Combined with authentic personality & real player motion, the stars of the NFL truly come to life in Madden NFL 20. Take full control of player development with new ways to customize player abilities.
- Unique Playbooks – Playbooks are calibrated to be more unique from team to team providing more variety for strategic game-planning and in-game adjustments.
- Run/Pass Options – Run/pass option plays are now available to call, bringing even more NFL authenticity to today’s play-calling.
- On-Field Trainer – Learn how to improve as a Madden player with this cohesive, modernized teaching system that introduces new in-game mechanics over time as you progress through your gameplay experience.
- New Pump Fake mechanic – Pump-fake to a specific receiver and fake out defenders with a new double-tap ‘throw cancelling’ mechanic.
- NFL Pro Bowl – Play the annual Pro Bowl within Franchise mode and ‘Face of the Franchise: QB1’ featuring all-stars from the AFC and NFC.
- Superstar-Driven Play-Calling – Play-calling tailored to the Superstars on your team to quickly get your stars involved when you need them the most.
- Updated celebrations – Over 20 new TD and First Down celebrations added to bring more swag to the biggest plays on the gridiron. 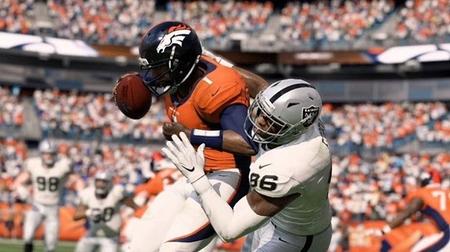 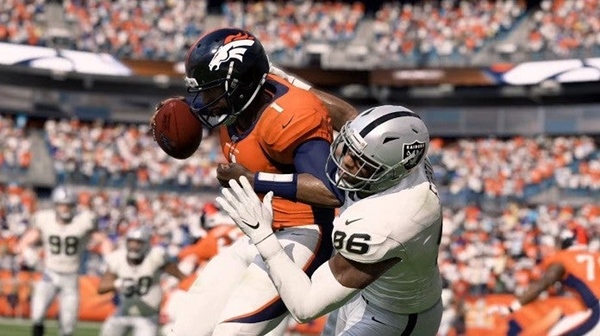 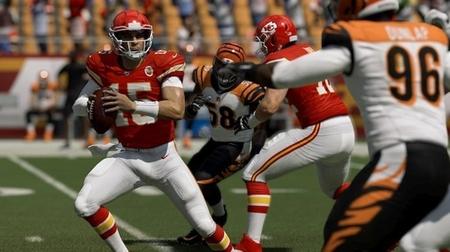 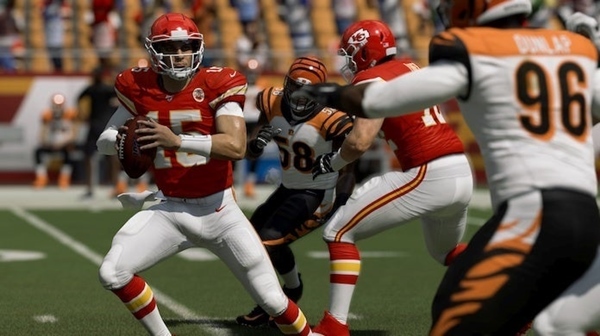 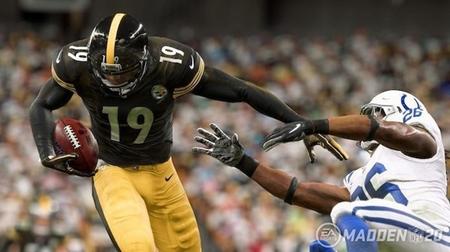 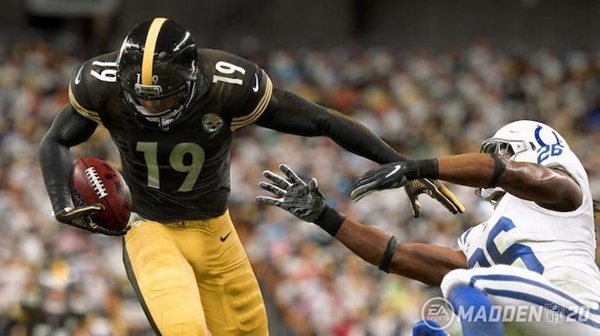