Feel the adrenalin rush as you start strafing enemy positions at 350 mph, 600 feet above the European countryside, guns blazing and bombs blasting. In Combat Flight Simulator 3 (CFS3) you can fly for the USAAF, RAF, or the Luftwaffe in some of the most advanced and exotic aircraft of WWII.
• New collection of 18 aircraft featuring
o Flyable, crewable bombers – fly medium bombers and take control of the bombardier or gunner position
o Stunning 3D cockpit detail
o Accurate performance & damage modeling
o Medium bomber operations
o “Edgy” WWII state of the art aircraft, including the first jet fighters
• Custom Graphics Engine
o Super high detail ground attack targets
o Improves scenery with enhanced 3D modeling and texturing
• Cooperative multiplayer missions and free-for-all dogfights via theinternet & LAN
• Fly as a German, British, or American pilot.
• Cooperative Multiplayer – Players will be able to play Single Missions with friends, cooperating to achieve mission goals as wingmen. Single Missions will be playable over a LAN or on the Internet.
• Enhanced Campaign Play – Players will be involved in fighting tactical missions in a campaign where their success or failure can move the front line, influence the quality of equipment available, and even change the outcome of the war.
• Reactive World – Areas of the campaign world will trigger events, spawn aircraft, generate flak, etc. in response to the presence of the player.
• Role Playing Elements – pilots have qualities like Bombing Skill, Vision, and Health. The player also makes decisions that influence how the war is fought, where to put the pressure on the enemy, and what aircraft improvements are crucial to the war effort.
• Enhanced Expandability - more cleanly supported than in previous versions.
• As Real As It Gets – nothing will be outside of historical possibility. 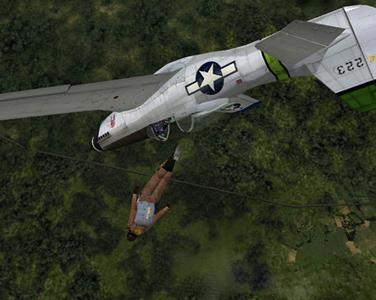 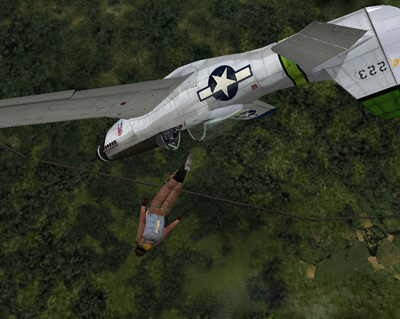 As a pilot in Combat Flight Simulator 3, you fly in the historical framework of the tactical air war in northwest Europe starting in mid-1943, but there's a significant difference. What you bring to each battle can alter the tactical situation and the timeline of the campaign. That means you can influence events, play "what if" with history, and extend the timeline to add new technology to your arsenal. How you handle these tactical and technological advantages will determine the outcome of your missions and campaigns.
Overview: The Tactical Air War
As the possibility of an Allied invasion of the continent took on a growing certainty, the tactical air war in the west heated up and emphasized a different pilot role—flying close air support. This role put would-be high flyers down on the deck for a different kind of warfare based on air-ground teamwork.
The Campaign in CFS3 Part I
Before you take to the sky, it helps to understand what really happened during WWII. This will not only give you something to shoot at—but also something to shoot for.
The Campaign in CFS3 Part II
Once the invasion was under way, the Allied tactical air forces took on their toughest task: direct participation in the land battle. This included attacking enemy forces and providing close air support for friendly troops and armor on the ground.
The Campaign in CFS3 Part III
Allied tactical pilots stayed on the job as long as the daylight lasted, flying as many as five or six missions a day, stopping only to refuel and rearm.
The Campaign in CFS3 Part IV
The outcome of the Battle of the Bulge was decided by air power. When the Germans began their last major offensive of the war, the dense cloud cover over the battle zone made low-level fighter-bomber patrols difficult to impossible, temporarily negating Allied air superiority.
The Campaign in CFS3 Part V
With their final ground offensive collapsing, the Luftwaffe planned an all-out air assault on Allied airbases in Belgium, Holland, and France. The goal was to break the air supremacy of the Allied fighter force. 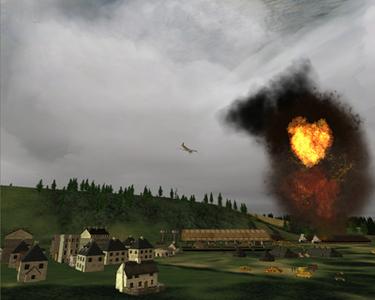 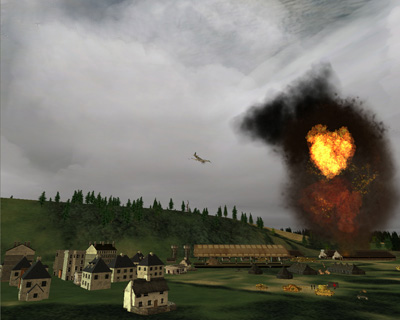 Now, I've sat on this sim for a while. Some of the responses to my last post (not a flight sim) pissed me off so badly that I had decided to not do any more uploads here. But, why should I take it out on those that want the flight sims. You guys have been very good about it. These links are getting a bit old. They have had no downloads made from them yet. I've just checked them all. I can get to the count-down page. That tells me that they are still active and good. If you want them, get on them, get some traffic on them before they expire.

I have several other flight sims:

I do not have the time to process all of these to make them available here in the usual way. But, I can upload a text or Word file to RS with proven good ed2k links where they can be downloaded. If anyone is interested respond and I'll get it together. Otherwise, this may be my last offering for a while.