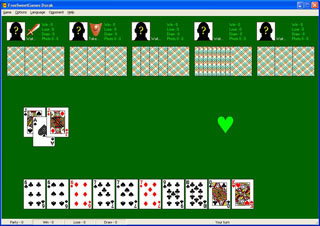 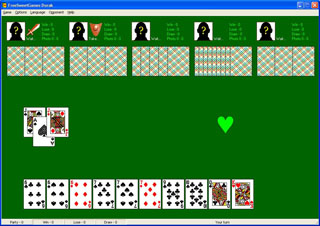 The Durak (Fool) is a popular Russian card game.

The deck of 36 cards is shuffled, and each player receives six cards. The top card on the remaining deck is made visible and placed at the bottom of the deck across it (so that its denomination is seen). This determines the trump suit and the revealed card is actually part of the deck, the last card to be drawn. The player to the attacker's left is always the defender. If the attack succeeds the defender loses his or her turn and the attack passes to the player on the defender's left. If the attack fails, the defender becomes the next attacker. The loading of self-made card's sets is added (template look below).