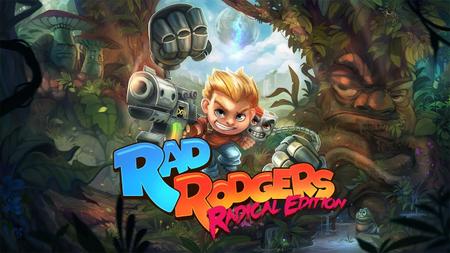 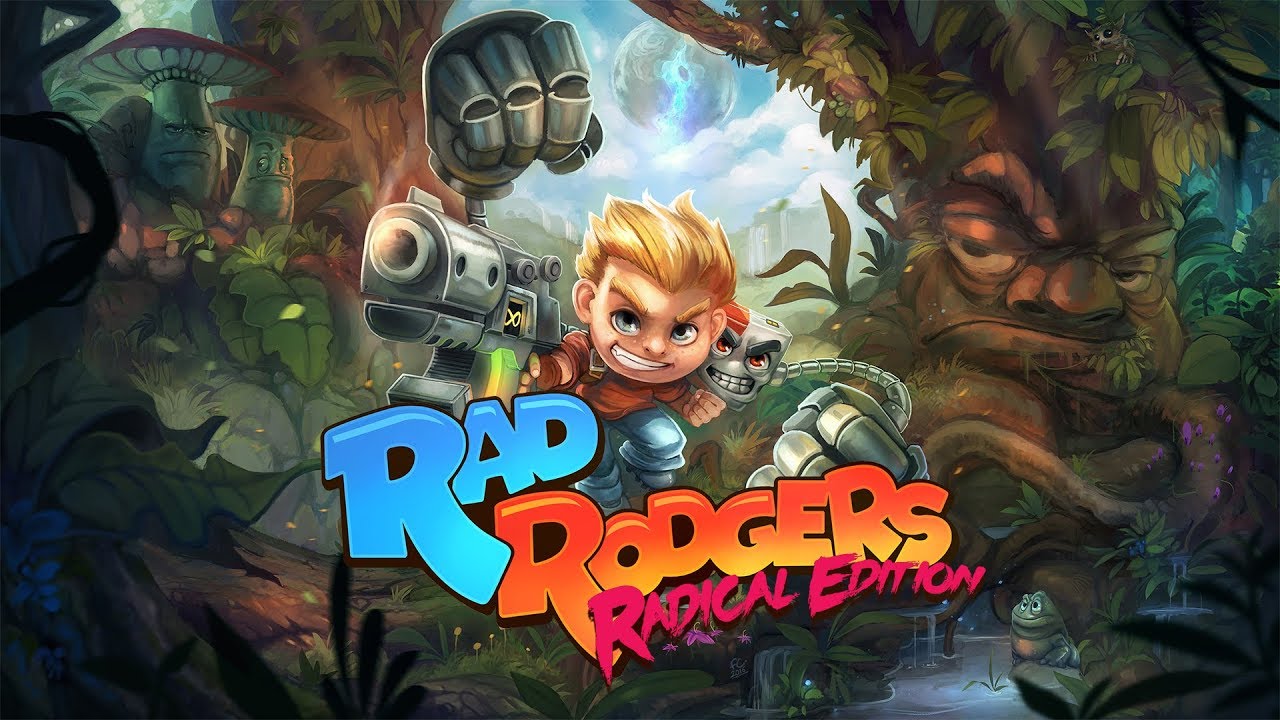 Rad is a rambunctious but spirited young boy who maybe plays too many video games. After dozing off at the tail end of a long night of gaming, Rad awakens to find his dusty old console has turned itself back on. Suddenly a vortex emerges and he's sucked into his TV, where he finds himself the star in his very own video game adventure. 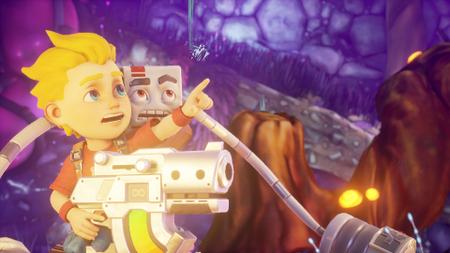 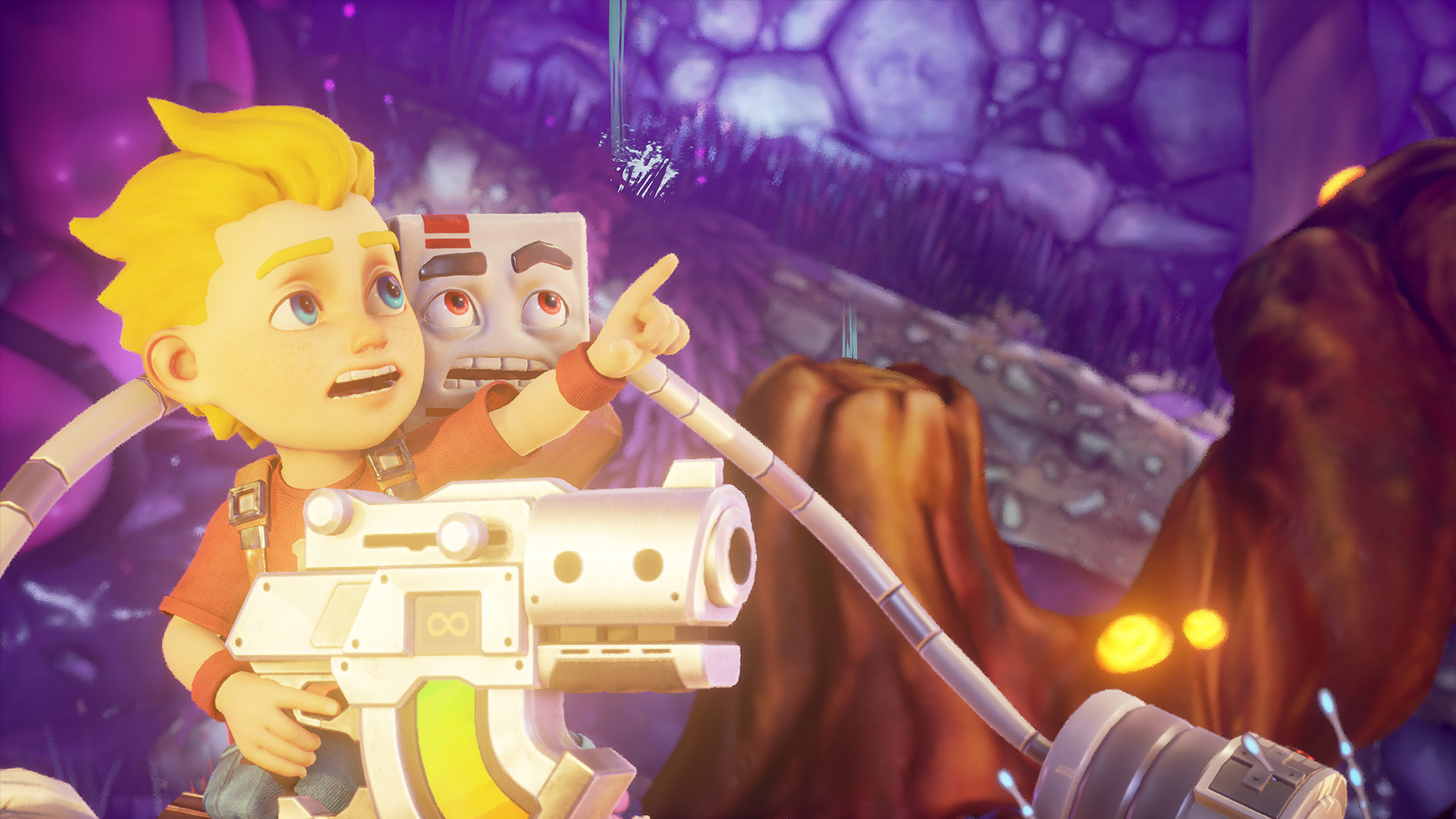 Dusty is Rad's good-hearted but foul-mouthed, now-sentient game console. His clock speed isn't what it used to be, but what he lacks for in megahertz he makes up for with experience and attitude!

Rad & Dusty's adventure takes them through many dangerous stages of action-packed, humor-filled, hardcore platforming fun. This decaying jungle world has been infected by a fierce corruption, and it's up to the unlikely buddy-duo Rad and Dusty to save the jungle's inhabitants and restore the Elder Tree as guardian of the land. 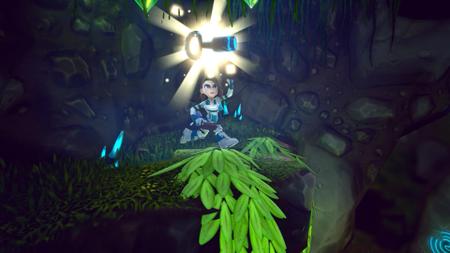 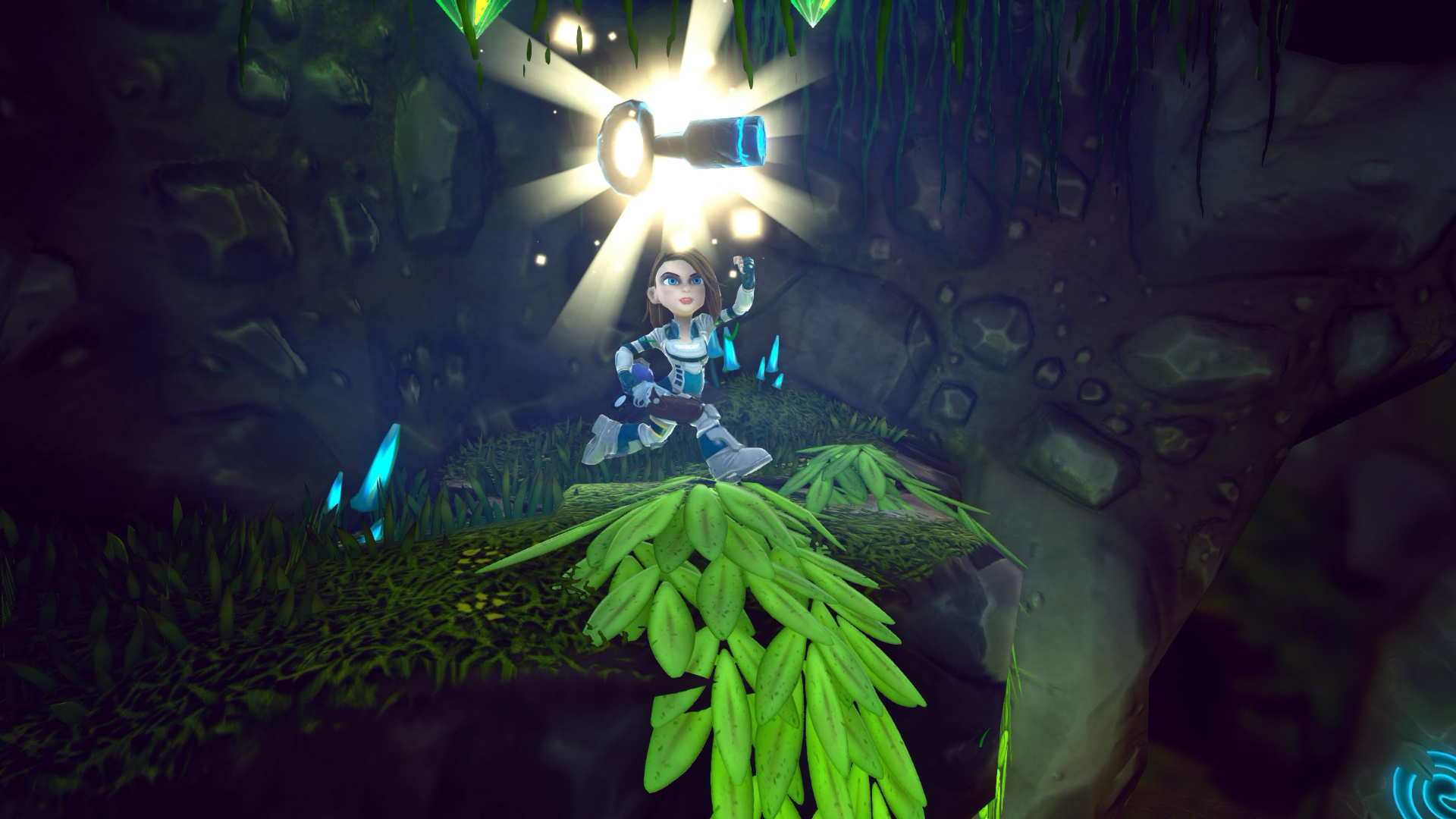 Features
Weapons: Dusty arms Rad with a variety of radical bad-ass weaponry. The Bolt Blaster has unlimited ammo, is easy to use, and more than enough firepower to get the job done. The Phoenix Cannon shoots out a fiery bird whose wingspan lights enemies ablaze as it flies by. 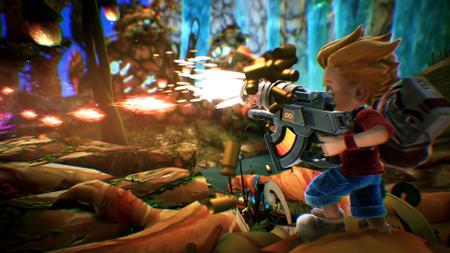 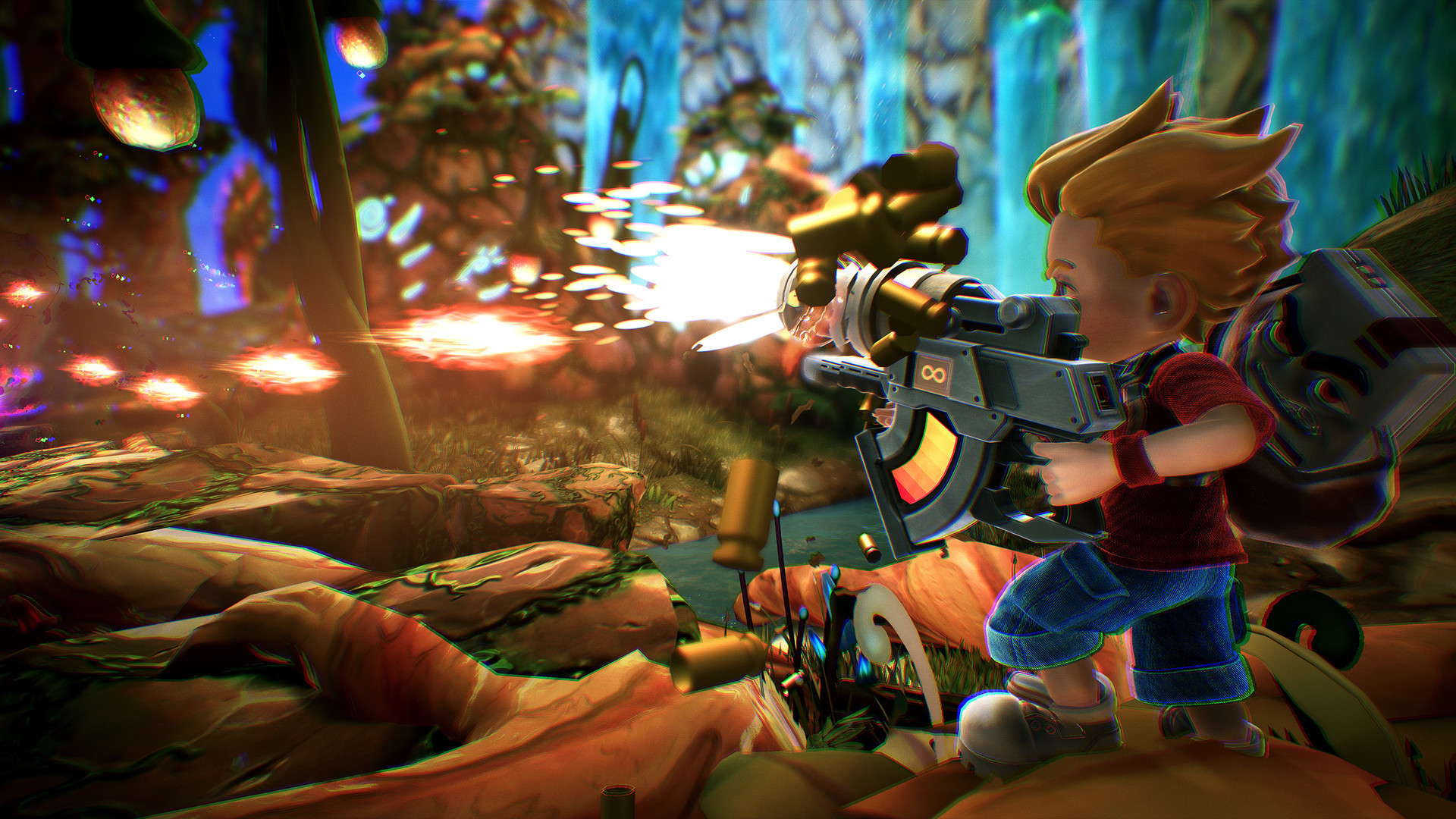 Sounds & Music: Composer Andrew Hulshult combined his years of musical experience (both performing and writing) with his passion for retro-style gaming to create an amazing and authentic soundtrack for the game complete with MIDI-inspired music… And synthesizers! 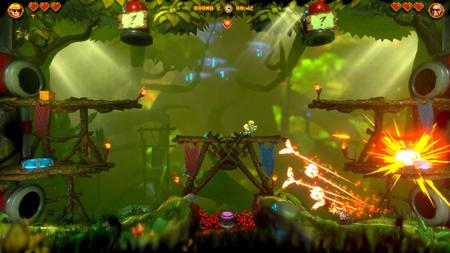 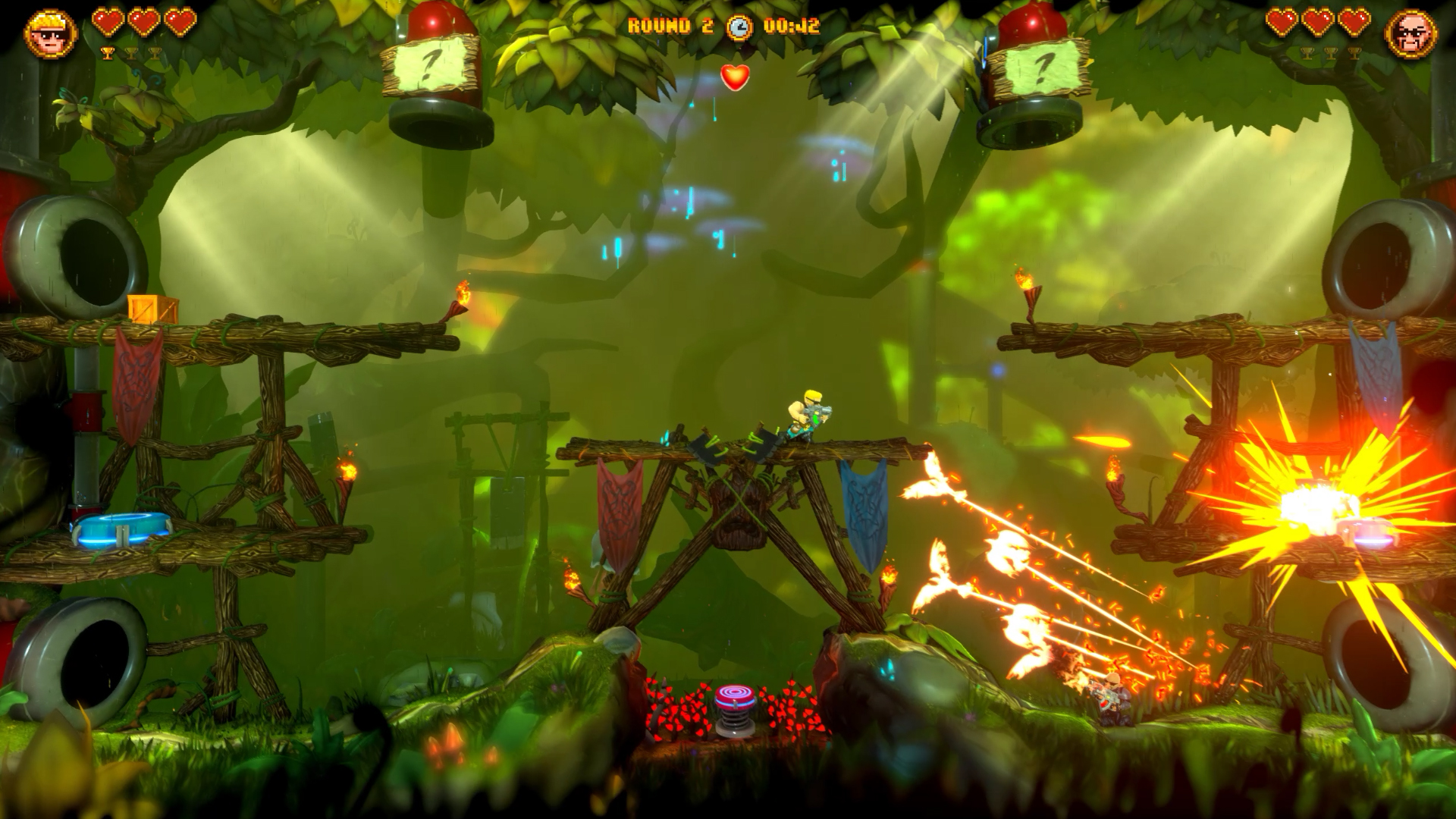 RADICAL EDITION
This new and improved version of Rad Rodgers also include these brand new additions: