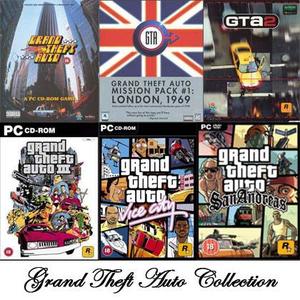 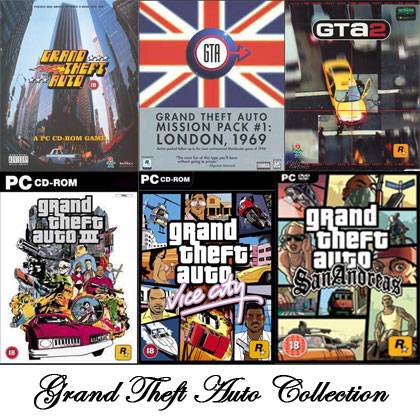 Grand Theft Auto III:
A game that many people have at least heard of, Grand Theft Auto III is a sequel that eclipses the rest of the series in every imaginable way. Although it carries a certain degree of infamy for its mature storyline and over-the-top violence, this high-profile game has earned well-deserved praise across the board from gamers for its excellent open-ended mission design and the freedom it gives you to explore and interact with a simulated sprawling metropolis.

The game's unnamed protagonist finds himself a rising star in Liberty City's world of organized crime, after a vicious betrayal by his girlfriend leads to a chance encounter with a man by the name of 8-Ball. Soon after getting your feet wet doing a bit of driving for a local mob boss, you'll soon find that if you want to get anywhere, you're going to have to get your hands dirty. If you can keep your cool while keeping your employers happy, you just might get a shot at revenge.

Liberty City is a big place, and there's an incredible number of things to see and do. Not only that, there are countless ways you can go about seeing and doing them. While much of the fun in Grand Theft Auto III comes from doing your own thing and experimenting with the world around you, this guide should get you up to speed on the basics and help you get everything possible out of this groundbreaking game.

Grand Theft Auto Vice City:
Having just spent 15 hard years doing time, Tommy Vercetti is no sooner released than his old boss sends him to the hedonistic tropical paradise of Vice City to carve out a slice of the narcotics pie for the family. But his first big job in Vice City goes bad, leaving him penniless and out to get back his money and get revenge. As a stranger in a strange land, you have to prove yourself, make connections, and get your hands dirty in Vice City.

The newest Grand Theft Auto is a huge game in every sense of the word. A huge living city lies before you, boasting an amazing degree of freedom and a wealth of diverse gameplay options.

Grand Theft Auto San Andreas:
Carl Johnson’s back on the set after five years in Liberty City, returning to his old haunts in San Andreas to mourn for his mother, dead after an act of senseless violence. An already unpleasant homecoming gets worse, though, as crooked cops set him up for the murder of a policeman, he discovers that his neighborhood is falling apart under an influx of drugs, and that his old gang is barely capable of holding their territory. Needless to say, the solution to all of these problems involves a whole lot of violence, as befits the latest and greatest entry in the extraordinarily popular GTA series of games.

Given that Rockstar created a massive game world in Grand Theft Auto: Vice City, with only a year’s worth of development time between that game and Grand Theft Auto III, it should come as no surprise that the world of GTA: San Andreas, with two years of development soaked into it, is one of the biggest worlds ever modeled in an action game. Instead of focus on a mere state, Rockstar has enlarged their focus, this time choosing to model an entire state, with three separate cities and a huge amount of countryside to explore. Everything is bigger and better in San Andreas, so get exploring!