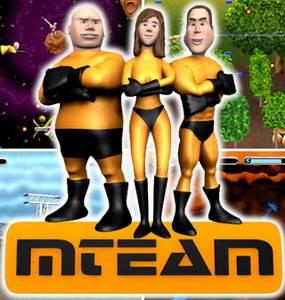 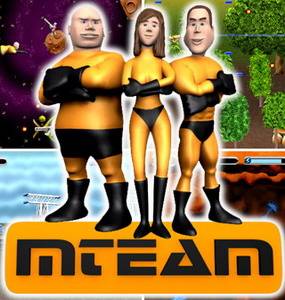 Red alert! Red alert! The planet earth is under attack by swarms of mad bloodthirsty invaders! The M-Team is the earth's last hope. Only they can help rid the earth of the evil and their destructive forces. Destroy the relentless waves of enemy ships as they fly in to attack. Help the M-Team super heroes fight their way through to the alien home planet Beedula, where the loathsome, intergalactic warlord gradiobeed commands his army of alien invaders.