Need For Speed II is the first realistic street racing game on the PlayStation since the original Need For Speed.
Like most driving games before it, Need For Speed II sticks to the basics: You select a manual or automatic transmission; your goal is to cross the finish line in the shortest amount of time possible; and there are buttons to accelerate and brake. The game also features power slides, burnouts, a rear view, replays, a two-player split-screen mode (accomplished with minimal slowdown), tournament mode, four varied camera angles, and the ability to drive in reverse - but most of these were available in the original Need For Speed or have been touched upon in other next generation driving games. A unique feature of note, but hardly a selling point, is the extensive information on the cars featured in the game. It's neat to look at but doesn't add much. There is also an undisclosed number of hidden cars and tracks, that is if you beat the game under a certain amount of time.
===
Game Codes:
Bonus Track

To race through Hollywood studios, type "HOLLYWOOD" at the track selection screen.

To upgrade all vehicles to the Pioneer engine, enter the password "PIONEER".

To drive the Ford Indigo, win the game in tournament mode or type "RED RACER" at the main menu.

Prior to the 1st switchback right after the grey tunnel, slow down and go right down the hillside. You there is no fence to stop you in the middle. You will bypass the first switchback by doing this.

2. Drive down a logging road, When you reach the long straightaway by the sea. Slow down veer right towards the trees, There is enough room to go in between them, Then you will have a straight stretch on a logging road that runs parallel to the road, Beware it ends where the black mountains start exit the same way, between the trees and to your left.

For a greater challenge, type "SLIP" at the car selection screen.

Hold N while the game is loading to play your favorite day levels at night.

Race in Monolithic Studios until you reach the Jurassic Park segment. After you pass the first two huts on your right, drive about 20 feet and you will be able to turn right and enter the jungle.

Start the race on either Mediterraneo or Mystic Peaks as the McLaren F1 in simulation mode. At any time during the race, drive in reverse, and your horn blaring nd hit any moveable object {not a sign} at about 60 MPH. Now the cheat is enabled. To use the cheat you must drive over 80 MPH and hit any guard rail or such thing and you will go off the track!

To access these vehicles, type one of these words at the Car Select screen. 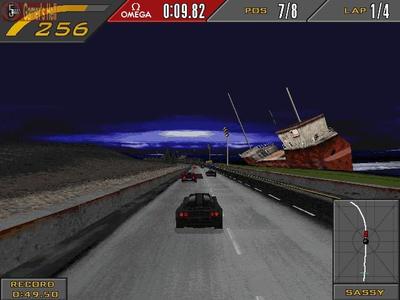 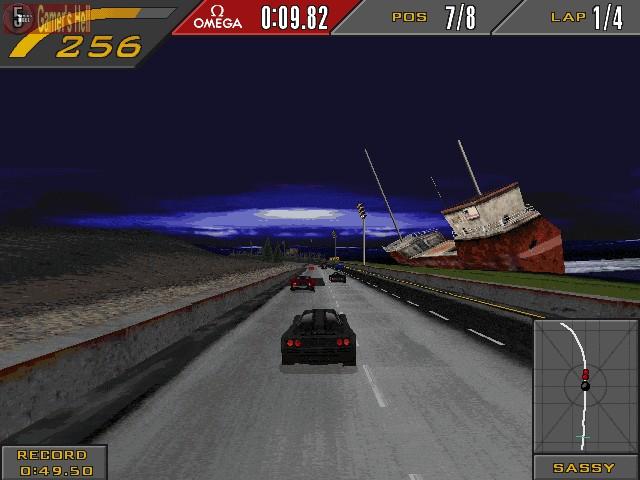 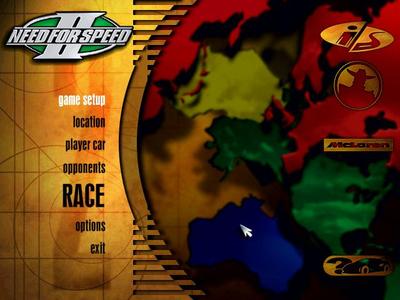 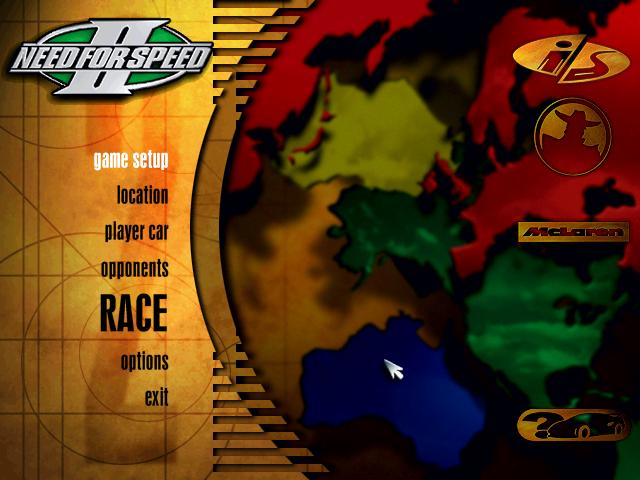