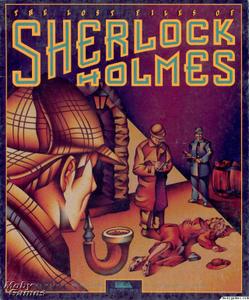 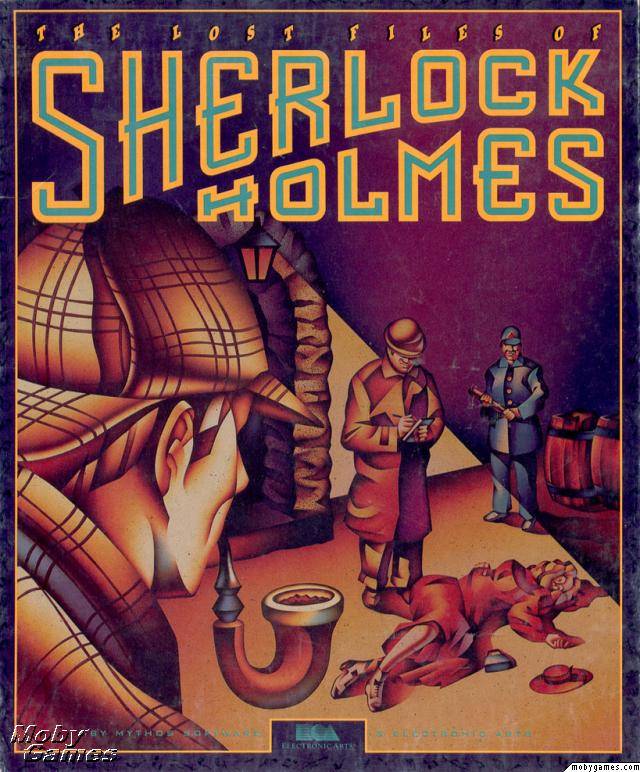 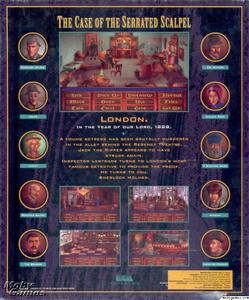 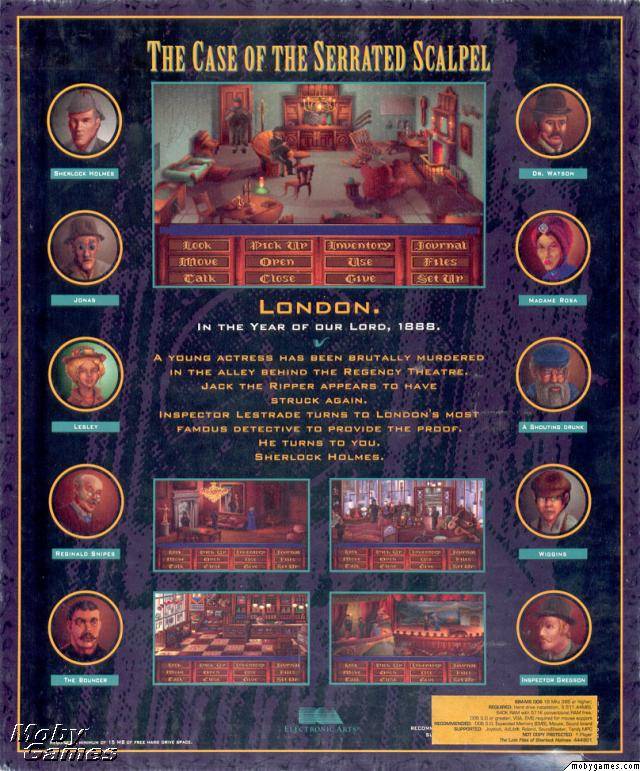 The Lost Files of Sherlock Holmes - The Case of the Serrated Scalpel is a verb-based point-and-click graphic adventure game.

London, 1888. Sherlock Holmes, the world’s most famous private investigator, and his faithful companion Dr. Watson, are called to the scene of a gruesome crime: a young actress has been murdered in an alley behind her theatre. Not surprisingly, Scotland Yard’s Inspector Lestrade is clueless. Was it the work of the Ripper? Sherlock Holmes is not so sure – the circumstantial evidence indicates a much more intricate crime. The shrewd detective begins the hunt.

The Lost Files of Sherlock Holmes is a classical crime story with two distinguished, sympathetic protagonists. In the role of Sherlock Holmes, you travel through London in the search for clues. Interesting locations are gradually added to a city map. Your most important source of information are dialogues with suspects, witnesses and other people – and with Dr. Watson, who will readily comment on the situation. When talking to persons, you may chose one of several lines that seems most appropriate. Watson notes down all conversations in his journal, where you can access them if needed. Pleasingly true to the novels, Holmes will solve many puzzles through sharp observations and thorough searches of every location (thus discovering clues and deducing connections) as well as clever interrogations.

The handling of the game by means of verbs is simple and accurate. Readers of the Sherlock Holmes stories will recognize many acquaintances, from Lestrade to Miss Hudson, from Inspector Gregson to Toby the hound. The game’s introduction, cut-scenes and ending feature digitized speech.

DOSBox emulates an Intel x86 PC, complete with sound, graphics, mouse, modem, etc., necessary for running many old DOS games that simply cannot be run on modern PCs and operating systems, such as Microsoft Windows 2000, Windows XP, Linux and FreeBSD. However, it is not restricted to running only games. In theory, any DOS application should run in DOSBox, but the emphasis has been on getting DOS games to run smoothly, which means that communication, networking and printer support are still in early developement.