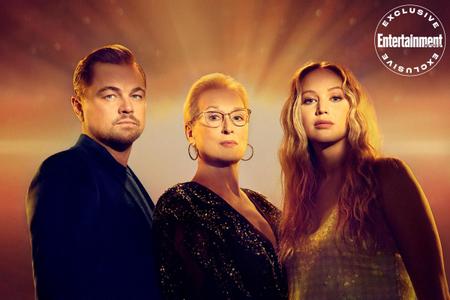 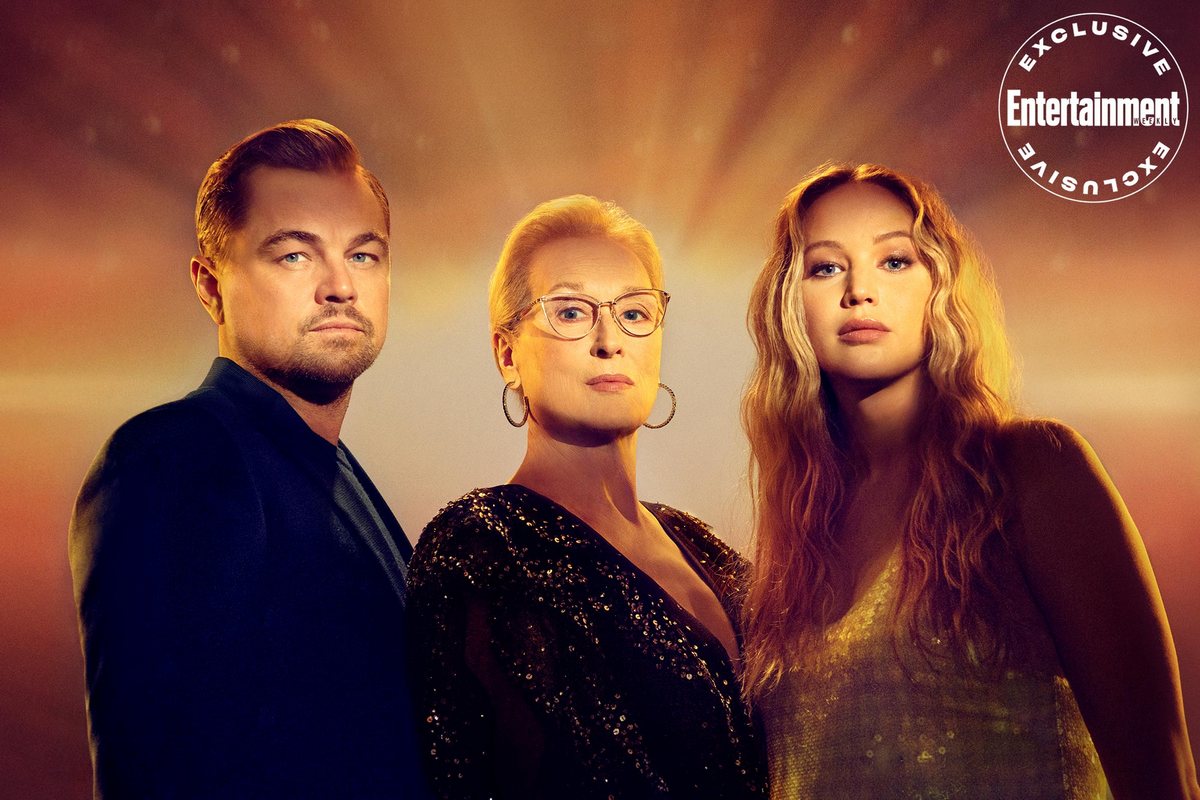 Leonardo, Jennifer and Meryl - Pari Dukovic Photoshoot 2021
2 jpg | up to 1638*2048 | 755 KB
Don't Look Up is a 2021 American satirical science fiction comedy film written, produced, and directed by Adam McKay. It stars Leonardo DiCaprio and Jennifer Lawrence as two low-level astronomers attempting to warn mankind, via a media tour, about an approaching comet that will destroy Earth. Rob Morgan, Jonah Hill, Mark Rylance, Tyler Perry, Ron Perlman, Timothée Chalamet, Ariana Grande, Scott Mescudi, Himesh Patel, Melanie Lynskey, Cate Blanchett, and Meryl Streep round out the ensemble cast. The film is a satirical allegory of media, government, and cultural indifference to the crisis of anthropogenic climate change. Grande and Mescudi also collaborated on the song "Just Look Up" as part of the film's soundtrack.

Produced by Hyperobject Industries and Bluegrass Films, the film was announced in November 2019, and sold by Paramount Pictures to Netflix several months later. Lawrence became the first member of the cast to join, with DiCaprio signing on after rewriting McKay's script; the rest of the cast was added through the rest of 2020. Filming was originally set to begin in April 2020 around Massachusetts, but was delayed until November due to the ongoing COVID-19 pandemic, and then lasted through February 2021.

Don't Look Up began a limited theatrical release on December 10, 2021, prior to streaming on Netflix on December 24, 2021. The film received mixed reviews from critics, who praised the cast but found McKay's approach to the subject heavy-handed. Despite the reviews, it was named one of the top 10 films of 2021 by the National Board of Review and American Film Institute, and received four nominations at the 79th Golden Globe Awards, including Best Picture - Musical or Comedy, and six at the 27th Critics' Choice Awards, including Best Picture.