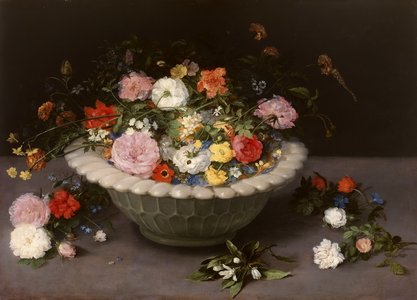 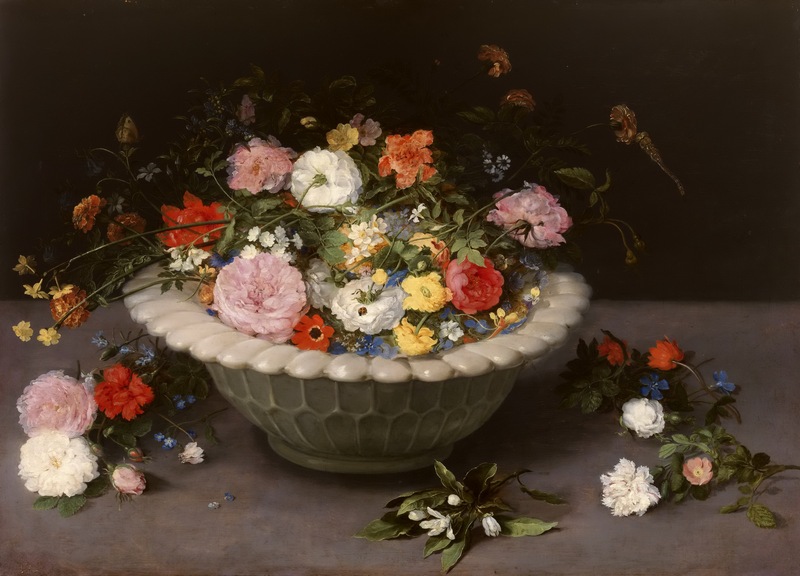 Museo del Prado collection of paintings (vol.1)
1162 jpg | up to 4844*2959 | 2.31 GB
The Museo del Prado is the main Spanish national art museum, located in central Madrid. It features one of the world's finest collections of European art, from the 12th century to the early 19th century, based on the former Spanish Royal Collection, and unquestionably the best single collection of Spanish art. Founded as a museum of paintings and sculpture, it also contains important collections of other types of works. A new, recently opened wing enlarged the display area by about 400 paintings, and it is currently used mainly for temporary expositions. El Prado is one of the most visited sites in the world, and it is considered to be among the greatest museums of art. The large numbers of works by Francisco de Goya, the artist most extensively represented in the collection, and by Diego Velázquez, Titian, Peter Paul Rubens and Hieronymus Bosch are among the highlights of the collection.

The collection currently comprises around 7,600 paintings, 1,000 sculptures, 4,800 prints and 8,200 drawings, in addition to a large number of other works of art and historic documents. By 2012 the Museum will be displaying about 1300 works in the main buildings, while around 3,100 works are on temporary loan to various museums and official institutions. The remainder are in storage. The museum received 2.8 million visitors in 2012. 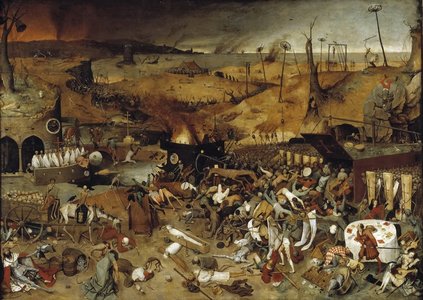 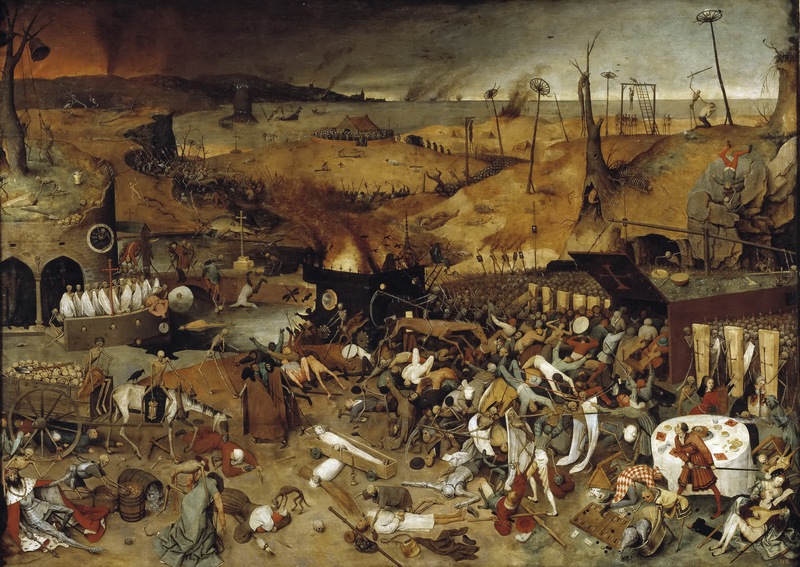 Pieter Brueghel the Elder, The Triumph of Death, c. 1562
In this moral work, the triumph of Death over mundane things is symbolized by a large army of skeletons razing the Earth. The background is a barren landscape in which scenes of destruction are still taking place. In the foreground, Death leads his armies from his reddish horse, destroying the world of the living. The latter are led to an enormous coffin with no hope for salvation. All of the social institutions are included in this composition and neither power nor devotion can save them. Some attempt to struggle against their dark destiny while others are resigned to their fate. Only a pair of lovers, at the lower right, remains outside the future they too will have to suffer.

This painting depicts a customary theme in medieval literature: the dance of Death, which was frequently used by Northern artists. Brueghel casts the entire work in a reddish-brown tone that gives the scene an infernal aspect appropriate for the subject at hand. The profusion of scenes and moralizing sense applied by the artists are part of Hieronymous Bosch's influence on this work.

This painting belonged to Queen Isabel Farnesio and was at the La Granja Palace in 1745.