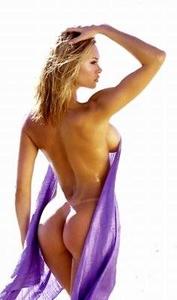 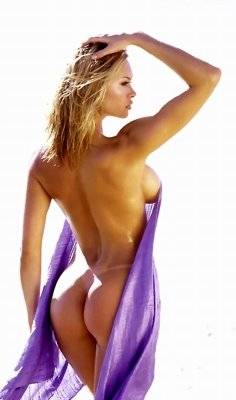 Anna Falchi bears in April 22 1972 to Tampere in Finland from Finnish mother, Kaarina Palomaki Sisko, and father of Romagna (an Italian region) , Benito Falchi told Tito. In her the characters of the two populations are combined to the perfection, the Finnish beauty (blonde hairs and blue eyes) and the spontaneity and joy of Romagna. She admits to having a masculine character and from child this, joined to the his fervent imagination, it changed in her imaginary friend called Puff (Soffio). Because of the continuous shifts of Falchi's family, Anna made labors to make friends and then the mother enrolled it to a school for models and at that time began his career. The abandonment of the family from part of the father was an ulterior incitement that pushed her in the entertainment world. Still the relationships between Anna and his father are practically nonexistent. The sign of Taurus gives her the strength for throw ahead despite the difficulties. She in the 1989 participate to the contest Miss Italy, conquering the title of Miss Cinema. Comes noticed from the lamented Fred Fellini that, in opposition to the his famous "passion" for the women from the prosperous breast (Anna then didn't have the actual measures), he wants her like tempting of Paolo Villaggio in a publicity of a famous bank. She in the 1992 on counsel of a friend try the road of cinema. Marco Risi notice her and wants like female protagonist in "Nel continente nero" in which she interprets the role of Irene, to his side Corso Salani and Diego Abatantuono.