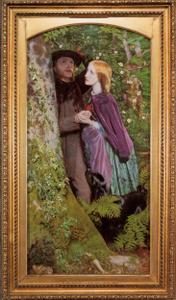 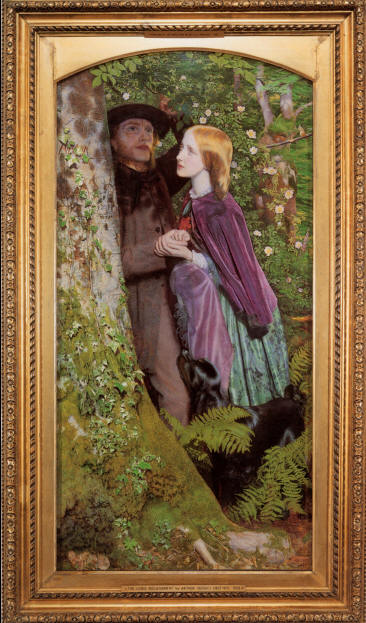 Arthur Hughes (27 January 1831 – 23 December 1915), was an English painter and illustrator associated with the Pre-Raphaelite Brotherhood. Hughes was born in London. His best-known paintings are April Love and The Long Engagement, both of which depict troubled couples contemplating the transience of love and beauty. They are imitations of John Everett Millais's earlier "couple" paintings but place far greater emphasis on the pathos of human inability to maintain the freshness of youthful feeling in comparison to the regenerative power of nature. Like Millais, Hughes also painted an Ophelia and illustrated Keats's poem The Eve of St. Agnes. Hughes's version of the latter is in the form of a secular triptych, a technique he repeated for scenes from Shakespeare's As You Like It.

His works are noted for their magical, glowing colouring and delicate draughtsmanship.

Hughes was in close contact to the writer George MacDonald and illustrated some of his books.

Hughes died in Kew Green, London, leaving about 700 known paintings and drawings, along with over 750 book illustrations.