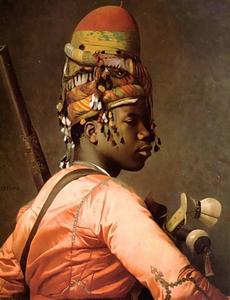 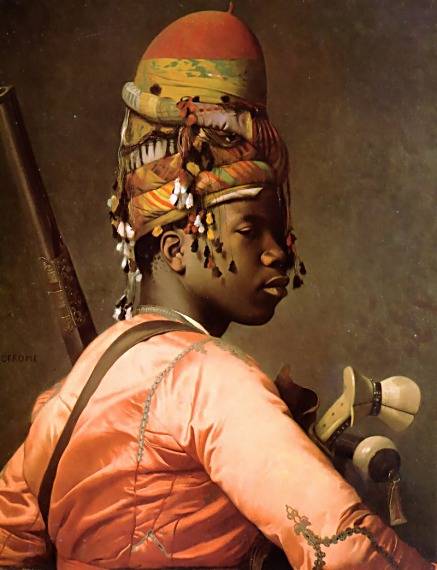 In 1854 Gerome made a journey to Turkey and the shores of the Danube, and in 1857 visited Egypt. To the exhibition of 1855 he contributed a 'Pifferaro', a 'Shepherd,' 'A Russian Concert' and a large historical canvas, 'The Age of Augustus' and the 'Birth of Christ.' The last was somewhat confused in effect, but in recognition of its consummate ability the State purchased it.

Gerome's reputation was greatly enhanced at the Salon of 1857 by a collection of works of a more popular kind: the 'Duel: after a Masquerade,' 'Egyptian Recruits crossing the Desert,' 'Memnon and Sesostris' and 'Camels Watering,' the drawing of which was criticized by Edmond About.

In 'Caesar' (1859) Gerome tried to return to a severer class of work, but the picture failed to interest the public. 'Phryne before the Areopagus,' 'Le Roi Candaule' and 'Socrates finding Alcibiades in the House of Aspasia' (1861) gave rise to some scandal by reason of the subjects selected by the painter, and brought down on him the bitter attacks of Paul de Saint-Victor and Maxime Du Camp. At the same Salon he exhibited the 'Egyptian chopping Straw,' and 'Rembrandt biting an Etching,' two very minutely finished works.

Gerome was also successful as a sculptor; he executed, among other works; 'Omphale' (1887), and the statue of the duc d'Aumale which stands in front of the château of Chantilly (1899). His 'Bellona' (1892), in ivory, metal, and precious stones, which was also exhibited in the Royal Academy of London, attracted great attention. The artist then began an interesting series of Conquerors, wrought in gold, silver and gems 'Bonaparte entering Cairo' (1897); 'Tamerlane' (1898); and 'Frederick the Great' (1899). Gerome was elected member of the Institut in 1865. 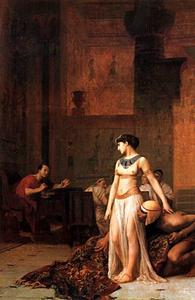 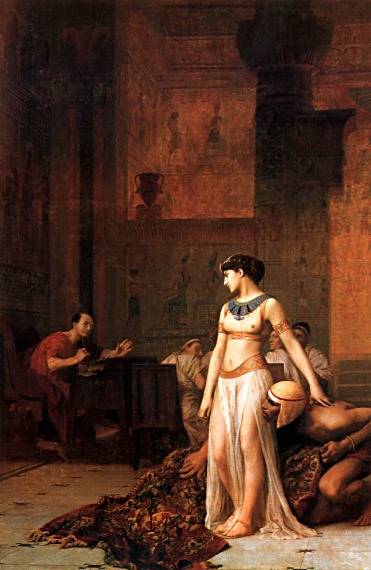