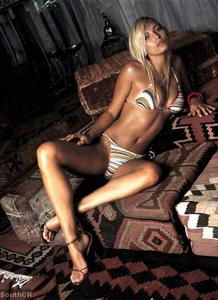 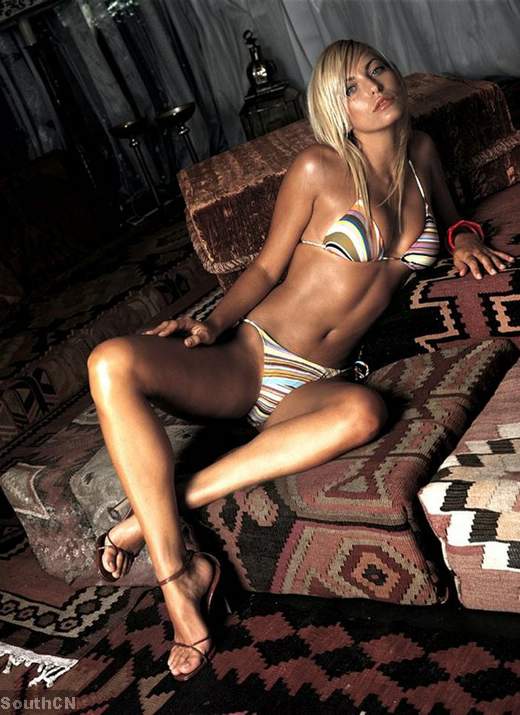 Federica Fontana was born on April 30, 1977, in Monza, Italy. With her sultry looks and magnificent measurements, she began modeling in her teens, and in 1995, at the age of 18, she placed second as “Miss Buona Domenica” (Miss Good Sunday), and third as “Bellissima”, or “Most Beautiful” in her native Italy.
Federica Fontana remains largely unknown to those without access to Italian television networks, but if those signals ever reached enough viewers on foreign shores, there's no doubt she'd become an international sex symbol. Since 1995, Fontana has been a regular fixture on Italian TV, appearing on a variety of programs ranging from variety and talk shows to comedies, music, dance shows, and children's programming.