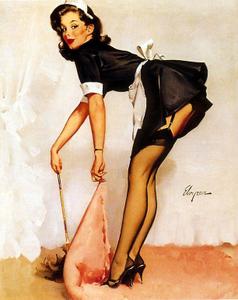 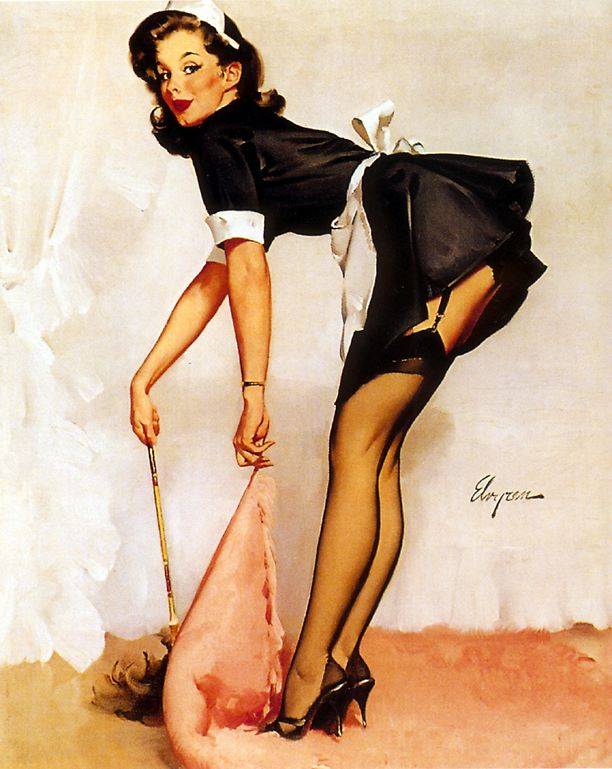 Gil Elvgren (1914-February 29, 1980) born as Gilette Elvgren was an American painter of pin-up girls, advertising and illustration. Elvgren lived in various locations, and was active from the 1930s to 1970s. Today he is best known for his pin-up paintings for Brown & Bigelow.

Elvgren was one of the most important pin-up and glamour artists of the twentieth century. In addition, he was a classical American illustrator. He was a master of portraying the feminine, but he wasn't limited to the calendar pin-up industry. He was strongly influenced by the early "pretty girl" illustrators, such as Charles Dana Gibson, Andrew Loomis, and Howard Chandler Christy. Other influences included the Brandywine School founded by Howard Pyle.

Elvgren was a commercial success. His clients ranged from Brown and Bigelow and Coca-Cola to General Electric and Sealy Mattress. In addition, during the 1940s and 1950s he illustrated stories for a host of magazines, such as The Saturday Evening Post and Good Housekeeping.

Although best known for his pin-ups, his work for Coca-Cola and others depicted typical Americans — ordinary people doing everyday things. 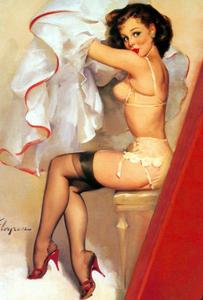 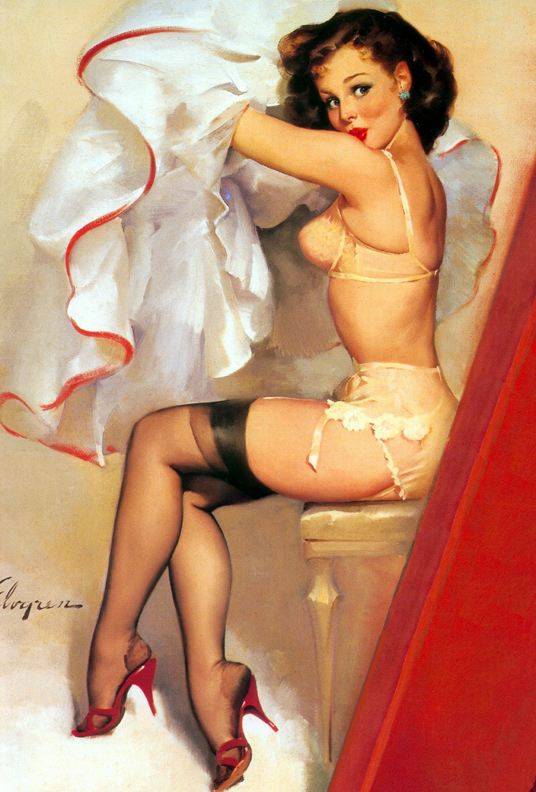