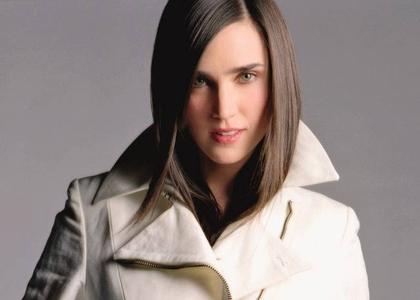 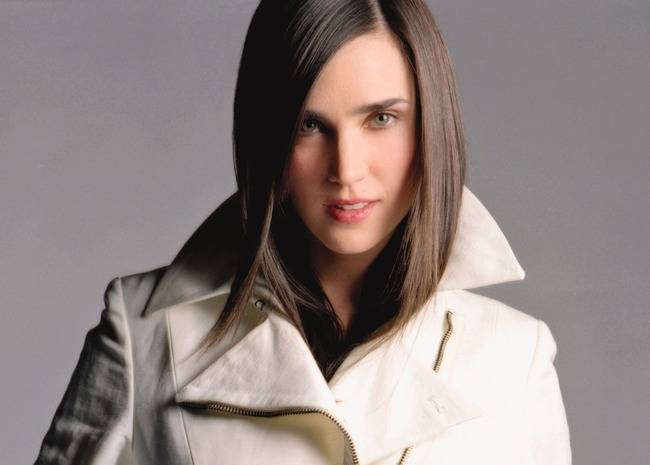 JENNIFER CONNELLY
Birth Date: December 12, 1970.
Place of Birth: New York, USA.
Biography: Jennifer Connelly was born December 12, 1970, in Catskill Mountains, New York, to parents Gerard, a clothing manufacturer, and Eileen, an antique dealer.
Although she claims she was tiny and mousy as a child, she was certainly pretty enough to appear in magazines such as Seventeen at the age of 10, after a friend of her father's recommended that she model.
Signed with Ford models, Jennifer did her share of print and television before appearing in front of cameras as an actress. While a student at St. Ann's School, she landed a role as a young Elisabeth McGovern for a flashback sequence in the mobster film, Once Upon a Time in America, starring Robert De Niro.
a-maze-ing breakthrough
With only an appearance on the television show, Tales of the Unexpected on her acting resume, she was soon on her way, but her next outings, Creepers (aka Phenomena and Seven Minutes in Heaven) weren't the answers to her breaking through.
What did help her find her way out of obscurity was the lead role opposite David Bowie in Jim Henson and George Lucas' 1986 film, Labyrinth. Her role placed her into the spotlight, so much so that she is even recognized by children today.
By the time she had graduated high school, Jennifer had appeared in a video for Roy Orbison's "I Drove All Night" with Jason Priestly; appeared in television commercials in Japan; and even released a single in Japan entitled, "Monologue of Love," in which she sings in Japanese (her agent claimed that she was semi-fluent in the language).
But Jennifer's career choice left her in a maze of disappointment after disappointment, with roles in 1990's The Hot Spot and Career Opportunities. The latter did not live up to its name, as it was not much more than another film credit.
skyrocketing with the rocketeer
Balancing work and school, Jennifer attended Yale and then transferred to Stanford, but decided to make acting her number one priority when she was cast in the lead of Disney's The Rocketeer. The movie not only skyrocketed Jennifer to new heights, but it also led to a long-term romance with her co-star, Billy Campbell.
In 1995, Jennifer was cast as a lesbian in Higher Learning, co-starring Tyra Banks, and the following year she appeared in Mulholland Falls and starred in Far Harbor.
The green-eyed beauty then had a streak, with 1997's Inventing the Abbotts, as Liv Tyler's sister, and less commercial films like Dark City, Waking the Dead, the critically-acclaimed Requiem for a Dream, in a convincing turn as a heroine addict, and Pollock.
Jennifer tried her hand at television, with a starring role in the poorly rated The $treet, and although it was canceled, Jennifer became a star with her supporting role in A Beautiful Mind, opposite Russell Crowe. She is also busy raising her son, Kai (the fruit of her relationship with photographer Dave Dougan), as a single mother.
Her acting talents were finally recognized as she was nominated for a Best Supporting Female Independent Spirit Award for her role in Requiem for a Dream. Jennifer finally received her much-deserved recognition with Best Supporting Actress trophies at the 2002 Golden Globe and Oscar award shows.
Jennifer will next appear in the Ang Lee directed film adaptation, The Hulk.