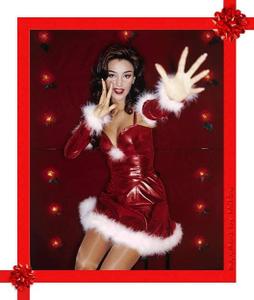 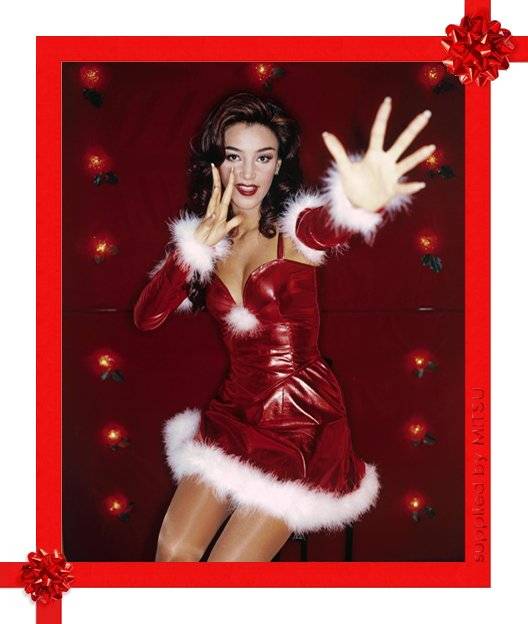 Verona Feldbusch - Christmas Photoshoot
30 JPG | UHQ (3000x3700) | 28.5 MB
VERONA FELDBUSCH
Birth Date: April 30, 1968.
Place of Birth: La Paz, Bolivia.
Biography: Verona Feldbusch was born April 30th, 1968, in La Paz, Bolivia. The youngest of 3 – with 2 older brothers – Verona is the daughter of a technician and a hairdresser. Already showing a penchant for fashion, a young Verona spent time doing needlework as a child, and she had sewn her first dress by the age of 6 (with her mother's help).
Verona certainly had the striking looks to wow others, and at 15, she made her modeling debut.
Once a high school graduate, she headed to Paris to try her hand at modeling, and gained some experience in the city of lights. In 1992, Verona won her first beauty pageant, and took home the crown as "Miss Hamburg". Not just a beauty queen, she put her entrepreneurial skills to the test by opening up a boutique in Hamburg.
In 1993, Verona stepped it up a notch and was crowned "Miss Germany", and even went on to become "Miss Intercontinental World" and 1995's "Miss American Dream".
She made her television debut as the host of the series Peep!, and created quite a fan following in her 4 years on the show. It even inspired the creation of the late-night talk show, Verona's World; but her television duties don't end here.
Verona appeared in the action/thriller S.O.S. Barracuda 2 in 1995, as well as the Made-for-TV movie, Die Blaue Kanone in 1999. She also made guest appearances on Conan in 1998 and TV Total a year later.
The German sex symbol appeared as herself in the 1999 documentary, Modern Talking, and starred as Miss Pustle in the comedy, 2001: A Space Travesty, which co-starred Leslie Nielsen and the beautiful Ophelie Winter.
Giving reality television a shot, she made guest-appearances on the popular "peeping Tom" show, Big Brother, in both the 2000 and 2001 seasons. Making an appearance on the big screen, Verona had a bit part in the Sylvester Stallone racecar flick, Driven, in 2001.
Verona fans must have been pleased to see that the Peep! hostess released her own calendar in 2000, which features the beautiful Verona in erotic, semi-nude shots. Accustomed to posing for the camera, the model is also known for her advertising work for Iglo and Telegate.
On a more personal note, Verona married German singer Dieter Bohlen in 1996, and the couple divorced that same year. This after having proposed to her 6 times.
With modeling and television gigs always at her door, it's clear it truly is Verona's World.