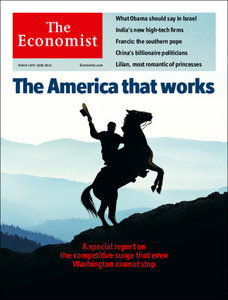 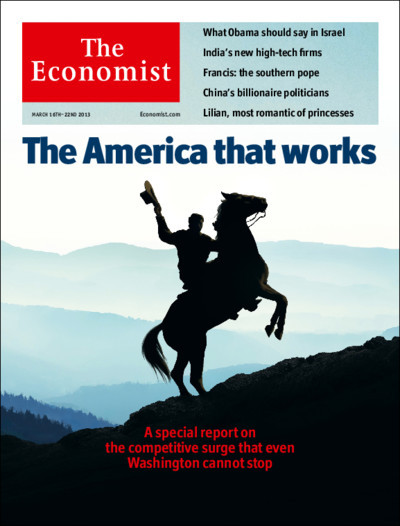 The Economist, for Kindle - Match 9th - 15th 2013
Kindle Edition | 87 pages | epub | 3.2 MB
The color Kindle edition of The Economist - US Edition is now available on the Kindle Reading App for your iPad, iPhone and Android devices. Download issues at no extra cost from Archived Items.

The Economist is the premier source for the analysis of world business and current affairs, providing authoritative insight and opinion on international news, world politics, business, finance, science and technology, as well as overviews of cultural trends and regular Special reports on industries and countries.

Established in 1843 to campaign against the protectionist corn laws, The Economist remains, in the second half of its second century, true to the liberal principles of its founder. James Wilson, a hat maker from the small Scottish town of Hawick, believed in free trade, internationalism and minimum interference by government, especially in the affairs of the market. The Economist also takes a fiercely independent stance on social issues, from gay marriage to the legalisation of drugs, but its main service to its readers is as a global newspaper: To uncover new ideas from all around the world.

The Kindle Edition of The Economist contains all of the articles and graphics found in the print edition, but will not include all photos. For your convenience, issues are auto-delivered wirelessly to your Kindle each Friday at the same time the print edition hits the newsstand.