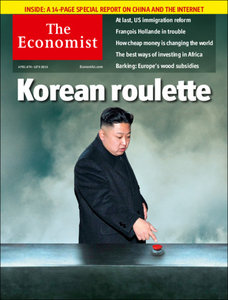 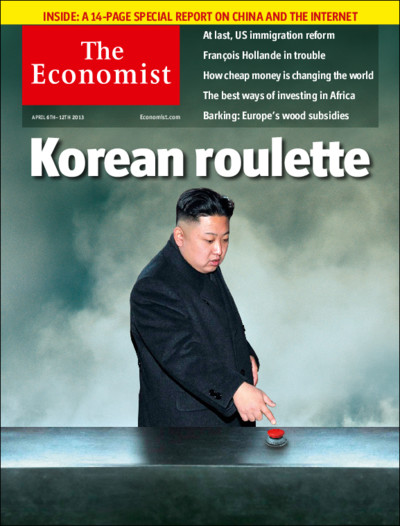 The Economist Audio Edition April 6th - 12th 2013
English | Audio MP3 / 128 Kbps | 6 hrs 45 mins | 197 MB
The audio edition contains word-for-word recordings of all articles published in The Economist, read by professional broadcasters and actors. It is ideal for anyone who wants to listen to articles while travelling, exercising or just relaxing.

The Economist is an English-language weekly news and international affairs publication owned by "The Economist Newspaper Ltd" and edited in London. It has been in continuous publication since James Wilson established it in September 1843. As of summer 2007, its average circulation topped 1.2 million copies a week, about half of which are sold in North America. Consequently it is often seen as a transatlantic (as opposed to solely British) news source.

The aim of The Economist is "to take part in a severe contest between intelligence, which presses forward, and an unworthy, timid ignorance obstructing our progress."Subjects covered include international news, economics, politics, business, finance, science, technology, and the arts. The publication is targeted at the high-end "prestige" segment of the market and counts among its audience influential business and government decision-makers.

It takes a strongly argued editorial stance on many issues, especially its support for free trade and fiscal conservatism; it can thus be considered as a magazine which practises advocacy journalism.

Although The Economist calls itself a newspaper and refers to its staff as correspondents, it is printed in magazine form on glossy paper, like a newsmagazine.

The Economist belongs to The Economist Group. The publication interests of the group include the CFO brand family as well as the annual World in…, the lifestyle quarterly Intelligent Life, European Voice and Roll Call (known as "the Newspaper of Capitol Hill"). Another part of the group is The Economist Intelligence Unit, a research and advisory company providing country, industry and management analysis worldwide. Since 1928, half the shares of The Economist Group have been owned by the Financial Times, a subsidiary of Pearson PLC, and the other half by a group of independent shareholders, including many members of the staff. The editor's independence is guaranteed by the existence of a board of trustees, which formally appoints him and without whose permission he cannot be removed.