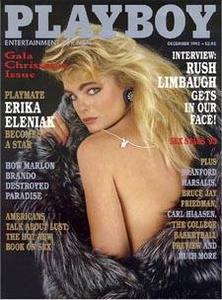 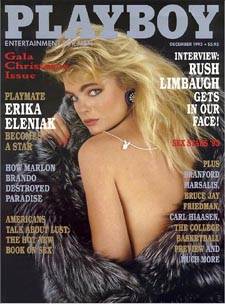 Playboy December 1993
PDF | English | 55 Pages | 12.3 MB
Playboy is an American adult entertainment magazine, founded in 1953 by Hugh Hefner and his associates, which has grown into Playboy Enterprises, Inc., reaching into every form of media. Playboy is one of the world's best known brands. In addition to the flagship magazine in the United States, special nation-specific versions of Playboy are published worldwide. Playboy also delivers hardcore pornography through its television entity, Spice Digital Networks.