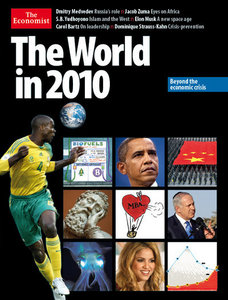 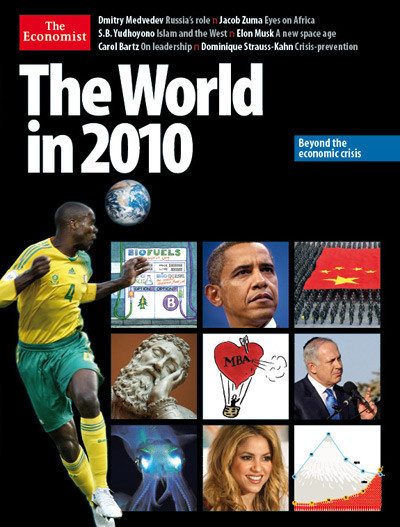 The Economist is an English-language weekly news and international affairs publication owned by The Economist Newspaper Ltd. and edited in an office in the City of Westminster, London. Continuous publication began under founder James Wilson in September 1843. While The Economist calls itself a "newspaper", each issue appears on glossy paper, like a newsmagazine. In 2009, it reported an average circulation of just over 1.4 million copies per issue, about half of which are sold in North America.

The Economist claims it "is not a chronicle of economics." Rather, it aims "to take part in a severe contest between intelligence, which presses forward, and an unworthy, timid ignorance obstructing our progress." It practices advocacy journalism in taking an editorial stance based on free trade and globalisation, but also the expansion of government health and education spending and the government support of banks and other financial enterprises in danger of bankruptcy. It targets highly educated readers and claims an audience containing many influential executives and policy-makers.

The publication belongs to The Economist Group, half of which is owned by the Financial Times, a subsidiary of Pearson PLC. A group of independent shareholders, including many members of the staff and the Rothschild banking family of England, owns the rest. A board of trustees formally appoints the editor, who cannot be removed without its permission. In addition, about two-thirds of the seventy-five staff journalists are based in London, despite the global emphasis.